Time for sympathy vote is over, we will slug it out -Dumelo 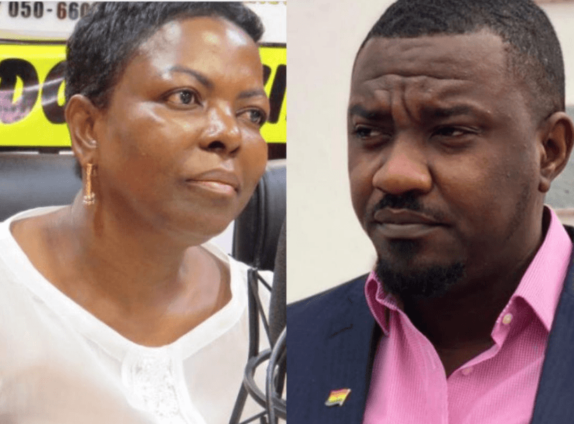 The actor and businessman said with the passing of the then legislator Emmanuel Boakye Agyarko, who was her husband, the voters sympathised with her by voting her to replace him.

“The second factor is that, it was a by-election and there were no other elections happening around so you will find a lot of politicians descending to support her,” he told Gifty Andoh on JoyNews.

He said the dynamics for the 2020 election is different from what happened during the bye-election.

In January 2019 she contested and won the parliamentary seat for the Ayawaso West Wuogon Constituency.

She won with 68.80 per cent of the valid votes cast while the other candidates, Kwasi Delali Brempong of the opposition National Democratic Congress (NDC) polled 30.52 per cent, William Kofi Dowokpor of the Progressive People’s Party (PPP) and Clement Boadi of the Liberal Party of Ghana (LPG) polled 0.58 and 0.10 per cent respectively.

When asked to defend his claim of sympathy votes, Mr Dumelo who is contesting on the ticket of the National Democratic Congress said, “that’s what the NPP were saying and everyone knows that it is the reality on the ground.”

The actor is convinced that he is the next in line to represent the people of the constituency in Parliament and he will slug it out with the incumbent MP.

“Time for sympathy vote is over now,” he said.

DISCLAIMER: The Views, Comments, Opinions, Contributions and Statements made by Readers and Contributors on this platform do not necessarily represent the views or policy of Multimedia Group Limited.
Tags:
Ayawaso West Wuogon
John Dumelo
Lydia Alhassan
NDC