Tokyo 2020 Olympics: We will build on Team Ghana’s success and do better in future competitions – Mustapha Ussif 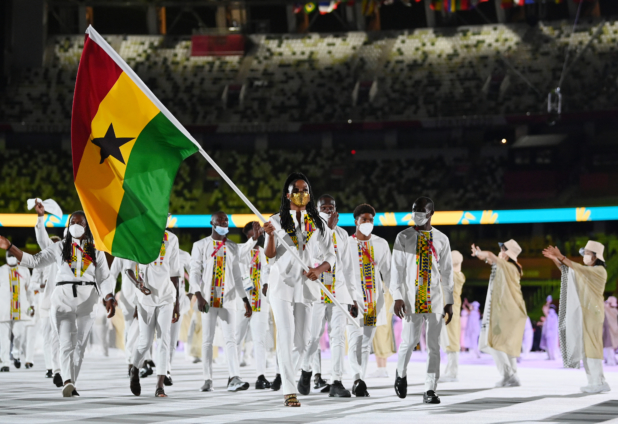 The Minister for Youth and Sports, Mustapha Ussif, says the Ministry intends to build on the encouraging success chalked at the just-ended Olympics Games in Tokyo.

The Tokyo Olympics, with 14 athletes representing Ghana in four disciplines, marked the most successful Olympics for the country in the 4th Republic.

Boxer Samuel Takyi ended Ghana’s Olympic medal drought in 1992 while the country’s 4×100 relay team qualified for the finals with a new national record, with weightlifting and swimming disciplines setting national records, too.

Speaking during the Olympic Team’s visit to President Akufo-Addo at the Jubilee House on Friday, Mustapha Ussif stated that Ghana will build on the remarkable feat and prepare well for the upcoming games.

The Sports Minister said he has already started discussions with partners to aid Ghana’s preparations for upcoming competitions, especially the 2023 Africa Games, which will be hosted by Ghana.

“Your Excellency, my brief stay in Tokyo with the team afforded me the opportunity to meet with heads of various International sports Federations to solicit their support for the 2023 African Games in Accra,”Mustapha Ussif revealed.

“We do not only want to stage the most successful African Games ever, but we also want to build on the impressive performance of Team Ghana at the Tokyo Olympics by doing much better at African Games in 2023,” he said.

But before that, Ghana will participate in the Commonwealth Games in Birmingham next year, and the Sports Minister noted further that the Ministry will collaborate with stakeholders for preparations to start in earnest.

President Akufo-Addo expressed his delight at the performance of the team, especially registering the first Olympic medal for Ghana in the 4th Republic.

The President announced a reward package of $5000 US Dollars for each athlete. For boxer Takyi, who won bronze, the President said the state will reward him with $10,000 cash, a car and another $20,000, which will be invested for his career development and preparations for future competitions.

DISCLAIMER: The Views, Comments, Opinions, Contributions and Statements made by Readers and Contributors on this platform do not necessarily represent the views or policy of Multimedia Group Limited.
Tags:
Mustapha Ussif
Team Ghana
Tokyo 2020