Too much intake of salty foods is detrimental to your health - Health expert - MyJoyOnline.com 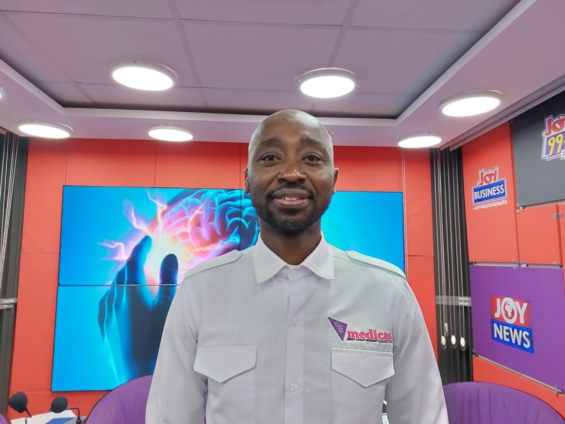 The Chief Executive of Medicas Hospital, Dr. Yaw Osafo, has advised against the intake of too much salty foods.

He says this increases a person’s risk of developing health conditions such as hypertension.

“Diet is the next thing that increases your risk of developing hypertension. These days, we have diets rich in fats, high calories, high and processed meat, less fruits and less vegetables. A lot of processed foods are rich in salt and saturated fats.

He made the remark on the Super Morning Show, on Thursday during conversations on Hypertension and stroke.

He mentioned that even though there’s nothing wrong with the intake of salt, too much of it is detrimental to one’s health.

He explained that “salt in chemistry terms is sodium chloride. Sodium is the principal electrolyte or element that contributes to your blood pressure.”

“Our bodies contain sodium which is the most prominent electrolyte in the blood but it is tightly regulated within certain limits by your kidneys and by the body. So if you put a lot of sodium in your meals then you are going to increase your blood pressure because sodium is the biggest contributor to blood pressure levels.”

He mentioned that foods like pork (‘nane’), ‘kako’, ‘koobi’, ‘momone’, plantain chips, beef, bacon, ham, and sausages all fall under the category of foods that increase one’s chance of developing hypertension.

Meanwhile, a lot of these foods, according to him, do not have any nutritional value.

“They only raise your blood pressure,” he maintained.

He further mentioned that for a healthy living and to reduce one’s chances of developing either a stroke or hypertension, one’s diet must be rich in vegetables and fruits.