Top 10 most glamorous jerseys in Africa 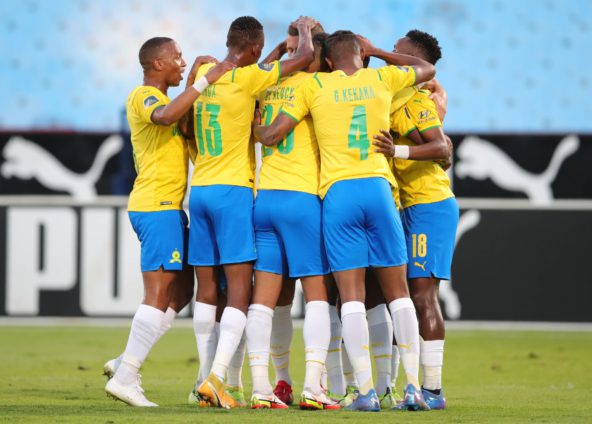 A casual or in-depth sighting of old football photos reveals at least two characteristics; hanging jerseys and dangling sleeves.   Nowadays everything is tucked and tailored. With the continuous revolution of football, kits have taken a new turn – currently, Umbro, Adidas and Nike are paying huge sums of money to bring about eye-catching jerseys.

As the new footballing season commences in Africa, fans and neutrals alike will be looking to turn heads with their clubs football system on display and fashion sense. Teams have revealed what they will be wearing for their respective games during the major leagues and Champions league weekends, in the interim, clubs and kits sponsors are making sure their players will be taking the field in style.

One of the major bragging rights for fans will be who wears the best kits; fans however will rate each jersey on different grounds just to make ensure they made the right choice.

The dominant display of the new fashion sense in football jerseys has forced Africa to assume a new fate; perhaps this time we are assimilating the good deeds from Europe.

African Tradition is deeply ingrained into the whole African culture. Tradition is expressed through many different art forms, such as music, dance, art, sculpture and beadwork.

Clubs in Africa have however infused the blend of African cultural values with the modern apparel of football jerseys to either tell the stories of their deep roots or to represent their socio-cultural settings.

With the majority of shirts for the 21/22 season in Africa now revealed, Yaw Ampofo Jnr sorts through the lot to come up with my Top 10 designs. Sure it’s going to be controversial, but that’s half the fun, right?

Unlike many Clubs in Africa, the Ghana Premier league based club did not record any shirt sales last year.

The wonder club barely had enough jerseys to even let out; the club which had one of its best seasons in a while in Ghana lacked a shirt sponsor last season

Mayniak sports, a kits and gear wear producing company has partnered with the club this season and improved the style of their old jersey.

The glitch pattern represents the difference in the new jersey from the old one.

The uniqueness of the Simba Jersey stems from the fact that the kits are supposedly made by people from here, Tanzania.

Mo Sports Company based in Tanzania produce the jersey.

Egyptian giant killers Pyramids are on the rise and they even made their name in the best kits.

Their kit is simple and uncomplicated; their home kit has blue hexagon shapes imprinted on the jersey.

The current CAF Champions League champions’ away kit is also in the mix and it is an unusual one from the reigning Egyptian giants.

Red mixed with a colour of blue has taken supporters by some surprise.

Another star 🌟 deserves a new jersey.
Al Ahly SC another one pic.twitter.com/naatzNdG0x

The jersey, another design by a local company; the jersey contains pattern containing images of fans

The beautifully crafted Umbro kits carefully blends the clubs famous rainbow colours. The jersey continues its association with Umbro as it looks to continue the synergy in heritage.

The new home jersey pays tribute to those who wore the Gold & Black before the club; it pays homage to the legends of the Club, speaking to the clubs DNA, reminding them of who they are.

The jersey talks about the clubs heritage as it moves into the future, a new destiny, a new chapter in their story. The jersey is inspired BY LEGENDS.

The Kaizer Chiefs new home jersey takes us back as we pay tribute to those who wore the Gold & Black before us, it pays homage to the LEGENDS of the Club, speaking to our DNA, reminding us of who we are. #Amakhosi4Life pic.twitter.com/7fzHYwsZ61

The jersey has prints of the Adinkra symbols from Ghana that represent concepts or aphorisms.

The jersey has prints of the Adinkra symbols from Ghana that represent concepts or aphorisms.

The South African club paid homage to their African roots in the unveiling of the new home and away kit for the 2020-21 seasons.

Masandawana’s home kit is draped in the traditional colours of yellow, green and blue, with each shirt featuring a unique traditional hand-printed treatment inspired by African art and fashion.

Like the African pattern in our Jersey, every piece represents a moment to rise! 👆