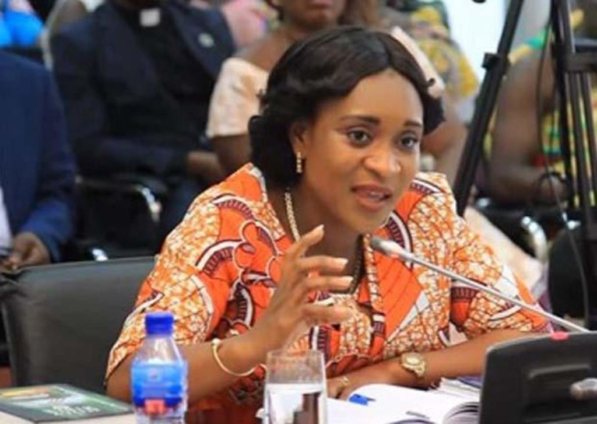 The Deputy Finance Minister, Abena Osei Asare has said that investments in Treasury bills will not be affected by the debt restructuring announced by the Finance.

Addressing the press after the 2023 Budget, Madam Asare noted that principals of domestic bondholders or instruments will also not be touched.

This, she said has been confirmed during the budget presentation by the Finance Minister, Ken Ofori-Atta.

“T-bills are out of the perimeter of the debt operations. It has been stated clearly,” she assured.

She, however, stated that at the end of the debt restructuring, the Ministry will come out with structures and terms that will ensure that the market corrects itself so that a robust country is built.

The Finance Minister during the 2023 Budget reading, announced plans to restructure Ghana’s debt.

According to him, government will suspend interest payments for domestic bondholders and impose a 30% haircut on foreign bonds.

In the meantime, the Deputy Finance Minister, John Kumah in an interview with JoyNews explained that under the debt restructuring arrangement, domestic bondholders will receive zero interest for 2023.

According to Mr Kumah, details of the restructuring will soon be placed before investors.

Meanwhile, the Minority Spokesperson on Finance, Dr Cassiel Ato Forson said the Minority side will reject any attempt by government to pass a law to legalise the restructured arrangement.

He said President Akufo-Addo was dishonest when he announced ‘no haircut.’

DISCLAIMER: The Views, Comments, Opinions, Contributions and Statements made by Readers and Contributors on this platform do not necessarily represent the views or policy of Multimedia Group Limited.
Tags:
Abena Osei Asare
debt restructuring
Treasury Bills