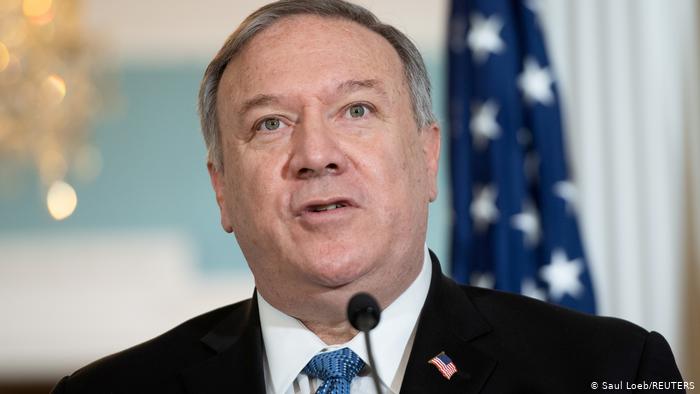 Mike Pompeo has accused Beijing of genocide a day before president-elect Joe Biden takes office. US-China relations have plunged to the lowest level in decades in the last year of Trump’s administration.

US Secretary of State Mike Pompeo on Tuesday declared that China has committed “genocide and crimes against humanity” against Uighur Muslims and members of other ethnic and religious minority groups in western Xinjiang Province.

In the statement, Pompei said crimes include the “arbitrary imprisonment or other severe liberty of more than one million civilians, forced sterilization, torture of a large number of those arbitrarily detained, forced labor, and the imposition of draconian restrictions on freedom of religion or belief, freedom of expression, and freedom of movement.”

Pompeo said crimes against Uighur Muslims have been committed since at least March 2017 and “are ongoing.”

US determines #China committed “genocide” and “crimes against humanity,” for its treatment of Uyghur Muslims and other ethnic and religious minorities, announces @SecPompeo.

There was no immediate response from the incoming Biden team.

Many of those accused of having taken part in repression in Xinjiang are already under US sanctions. Pompeo’s declaration is the latest move in a series of steps the outgoing administration has taken against China and will likely not come with any immediate ramifications including penalties.

However, the declaration means that the US must take it into account when setting policy on China.

Pompeo’s determination is likely to further strain relations between Beijing and Washington. Ties between the two countries have been at the lowest level in decades in the last year of Trump’s administration.

China has imprisoned more than one million people, including Uighurs and other mostly Muslim ethnic groups, according to US officials and rights groups.

China has denied charges that Uighur Muslims have been subjected to torture, sterilization and political indoctrination.