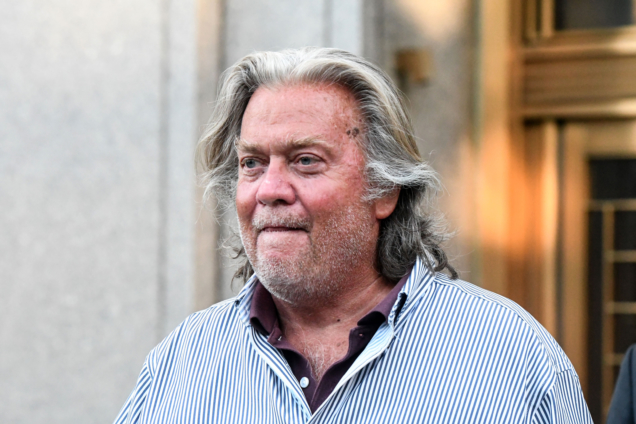 President Trump issued a raft of 11th-hour pardons and commutations early Wednesday that included his onetime political strategist, a former top fundraiser, and two well-known rappers but not himself or his family.

The batch of 73 pardons and 70 commutations issued in the final hours of his presidency was expected, and is in keeping with a long-standing presidential tradition of exercising clemency powers at the last minute.

But several controversial names do appear, including Steve Bannon, who has pleaded not guilty to charges he defrauded donors in a “We Build the Wall” online fundraising campaign.

Trump had spent the past days deliberating over a pardon for the man who helped him win the presidency in 2016 and followed him to the White House.

A senior Trump adviser said part of the motivation for the President to issue a pardon for Bannon is that he believes his former chief strategist can help lead a political comeback for President Trump. The outgoing President has discussed the idea of another run in 2024. Though some advisers have dismissed the idea as Trump is now leaving office in disgrace. Trump also saw Bannon as one of the few remaining high profile conservatives to back the president all the way to the bitter end.

As for their relationship, once fractured after Bannon was fired following Charlottesville, the adviser said, “they made up.”