Trump calls for delay to 2020 US election 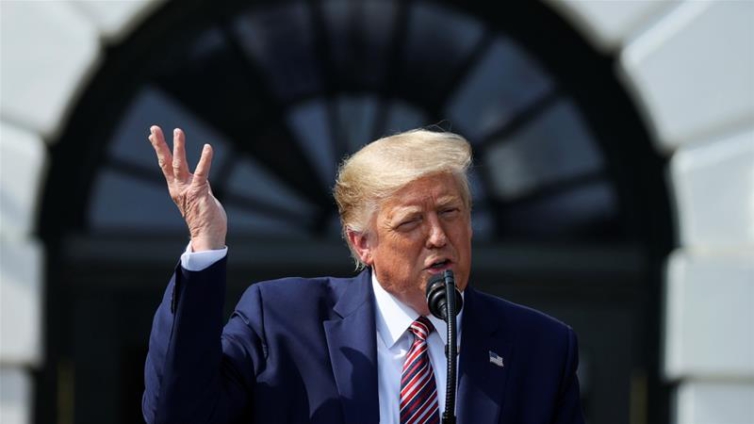 Donald Trump has called for November’s presidential election to be postponed, saying increased postal voting could lead to fraud and inaccurate results.

He suggested a delay until people can “properly, securely and safely” vote.

US states want to make postal voting easier due to public health concerns over the coronavirus pandemic.

In a tweet, Mr Trump said “universal mail-in voting” would make November’s vote the “most inaccurate and fraudulent election in history” and a “great embarrassment to the USA”.

These states will automatically send postal ballots to all registered voters, which then have to be sent back or dropped off on election day – although some in-person voting is still available in certain limited circumstances.

About half of US states allow any registered voter to vote by post on request.

Critics of postal voting argue that people could vote more than once via absentee ballots and in person. Mr Trump has in the past said there was a risk of “thousands and thousands of people sitting in somebody’s living room, signing ballots all over the place”.

However, there is no evidence of widespread fraud, according to numerous nationwide and state-level studies over the years.

DISCLAIMER: The Views, Comments, Opinions, Contributions and Statements made by Readers and Contributors on this platform do not necessarily represent the views or policy of Multimedia Group Limited.
Tags:
Trump
US Elections