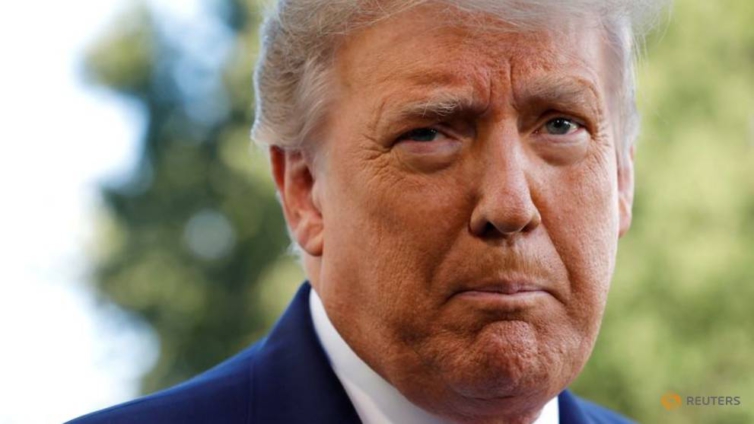 Manhattan’s district attorney said on Monday he might have grounds to investigate President Donald Trump and his businesses for tax fraud, as he seeks to persuade a federal appeals court to let him obtain Trump’s tax returns.

Lawyers for District Attorney Cyrus Vance made the assertion in a filing with the 2nd U.S. Circuit Court of Appeals in Manhattan, four days before it considers Trump’s request to block Vance’s August 2019 subpoena for the tax returns.

The lawyers said the “mountainous” public allegations of misconduct, including misstatements about business properties, could justify a grand jury probe into possible tax fraud, insurance fraud and falsifying business records.

“Even if the grand jury were testing the truth of public allegations alone, such reports, taken together, fully justify the scope of the grand jury subpoena,” Vance’s lawyers wrote, without accusing Trump or his businesses of wrongdoing.

Jay Sekulow, a lawyer for Trump, declined to comment on the filing.

Among the reports Vance’s office cited were allegations that Trump routinely sent lenders financial statements that inflated his assets and omitted debt-laden properties, and from 2004 to 2014 paid $400 million in cash for “five houses, eight golf courses and a winery” despite billions of dollars in debt.

They also included the case of Trump’s former personal lawyer Michael Cohen, who pleaded guilty to campaign finance and other charges, and testified to Congress it was common for the Trump Organization to falsify records when seeking loans.

Vance had previously said his probe also related to reports of “possibly extensive and protracted criminal conduct” at the Trump Organization, including possible insurance and bank fraud by the company and its officers.

Trump, a Republican, has said the subpoena from Vance, a Democrat, to his accounting firm Mazars USA for eight years of his personal and corporate tax returns was “wildly overbroad” and issued in bad faith to harass him.

The president made that argument after the U.S. Supreme Court in July rejected his earlier claim of immunity from criminal investigations while in the White House.

But lawyers for Vance said Trump’s arguments, including that the Mazars subpoena largely copied an earlier subpoena from Democrats in the U.S. House of Representatives, were “recycled” from when he claimed immunity.

The lawyers called Marrero’s review “meticulous,” after Trump had accused the judge of dismissively rejecting his arguments as a “back-door” means to immunity.

Oral arguments are set for Sept. 25 before a panel of three judges, all appointed by Democratic presidents.

Though the appeal was fast-tracked, it is unlikely the public will know what’s in Trump’s tax returns before the Nov. 3 election.

DISCLAIMER: The Views, Comments, Opinions, Contributions and Statements made by Readers and Contributors on this platform do not necessarily represent the views or policy of Multimedia Group Limited.
Tags:
Donald Trump
Tax Fraud