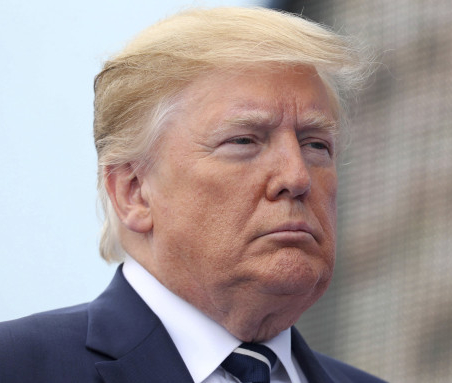 A US court has made public a detailed inventory of the material seized by the FBI from former President Donald Trump’s Florida home last month.

According to the filing, agents took 33 boxes of documents including dozens of empty folders marked classified.

Mr Trump, who is being investigated over his handling of classified records, denies wrongdoing.

Among the items recovered after the unprecedented 8 August search of Mar-a-Lago were:

Upon leaving office, US presidents must transfer all of their documents and emails to the National Archives. The justice department is looking into whether Mr Trump improperly handled records by taking them from the White House to his Mar-a-Lago estate after he left office in January 2021.

Prosecutors allege Mr Trump and his lawyers failed to provide relevant documents voluntarily, and “likely concealed or removed” records as part of an effort to obstruct the investigation.

Mr Trump has rebuked these claims, arguing he had already declassified the documents in his possession.

The former president has also argued that files were kept securely in a storage room at Mar-a-Lago.

But the inventory unsealed on Friday shows that FBI agents retrieved about 1,500 documents, as well as classified folders that were empty, from Mr Trump’s office.

The court filing also confirms previous reports that many records were “intermixed” with personal effects, including clothes, books and newspapers.

DISCLAIMER: The Views, Comments, Opinions, Contributions and Statements made by Readers and Contributors on this platform do not necessarily represent the views or policy of Multimedia Group Limited.
Tags:
Donald Trump
Mar-a-Lago material
US court