Trump makes the case for chloroquine as a coronavirus treatment 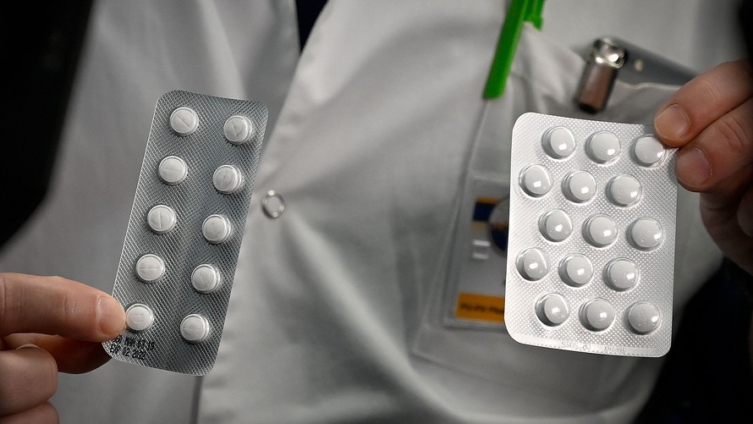 President Donald Trump and the Food and Drug Administration commissioner appeared to exchange conflicting statements about how a decades-old antimalaria drug is being used to treat COVID-19.

At a news conference on Thursday, Trump said the drug had been approved as a treatment for COVID-19 and that it had “gone through the approval process.” He later said the FDA is “continuing to study the drug.” FDA commissioner Stephen Hahn said that while chloroquine has been approved for other indications, it would still need to go through clinical trials.

“That’s a drug that the president has directed us to take a closer look at as to whether an expanded use approach to that could be done to actually see if that benefits patients,” Hahn said.

The term “expanded access,” which is interchangeably used with compassionate use, is a FDA regulatory pathway for people to use investigational treatments if there are no other approved options available in some life-threatening circumstances.

There are currently no FDA-approved treatments or vaccines for the novel coronavirus, which was first detected in December in Wuhan, China. The virus has since sickened more than 234,000 people worldwide, including at least 10,000 people in the U.S., and killed at least 9,700 people.

A number of companies have announced that they plan to or are already conducting clinical trials to evaluate investigational or FDA-approved drugs as potential treatments for COVID-19. Gilead Sciences Inc.’s GILD, -1.09% remdesivir, for example, hasn’t been approved for any indication in the U.S. However, at least three clinical trials are under way to evaluate the safety and efficacy of the drug in the treatment of people with COVID-19, including one in partnership with the National Institutes of Health.

Regeneron Pharmaceuticals Inc. REGN, +0.99%, Sanofi SNY, -2.49% and Roche Holding ROG, +9.54% have said this week that they plan to conduct clinical trials testing their rheumatoid arthritis drugs as potential treatments. Regeneron and Sanofi’s Kevzara was first approved by the FDA in 2017, while Roche’s Actemra received FDA approval in 2010.

In Hahn’s comments on Thursday, he talked about the need to consider already approved drugs as potential treatments because they have a proven safety profile, unlike those that haven’t yet been evaluated in clinical trials. Those therapies may serve as a “bridge” during the pandemic, he said.

Bayer AG BAYRY, +0.97% on Thursday afternoon announced that it had donated three million tablets of Resochin, a chloroquine product. The German drugmaker said that it is seeking an emergency use authorization for the drug in the U.S., where it is not approved. Mylan MYL, +4.86% also said Thursday that it had restarted production of hydroxychloroquine-sulfate tablets.

A kind of early-days review of available medical reports argues that “there is sufficient preclinical rationale and evidence regarding the effectiveness of chloroquine for treatment of COVID-19,” according to a corrected proof published this month in the Journal of Critical Care by researchers in Israel and Italy.

A corrected proof is not a peer-reviewed medical study, which is considered the gold standard of medical research. However, given the speed at which the coronavirus outbreak in China’s Hubei Province has turned into a global pandemic, there has not enough time so far for research to go through the peer-review process.

Outside of medical research circles, chloroquine advocates like Tesla Inc. TSLA, +18.38% founder Elon Musk have tweeted that chloroquine is “worth considering” as a treatment for COVID-19, citing his own experience with the drug after contracting malaria.

DISCLAIMER: The Views, Comments, Opinions, Contributions and Statements made by Readers and Contributors on this platform do not necessarily represent the views or policy of Multimedia Group Limited.
Tags:
Chloroquine
Coronavirus
FDA
Trump