A top US immigration official has revised a quote inscribed on the Statue of Liberty in defence of a new policy that denies food aid to legal migrants.

The head of Citizenship and Immigration Services tweaked the passage: “Give me your tired, your poor, your huddled masses yearning to breathe free”.

The official added the words “who can stand on their own two feet and who will not become a public charge”.

It comes as Trump officials debuted a regulation that denies aid to migrants.

Ken Cuccinelli, the Trump administration’s acting head of Citizenship and Immigration Services, announced on Monday a new “public charge” requirement that limits legal migrants from seeking certain public benefits such as public housing or food aid or are considered likely to do so in the future. 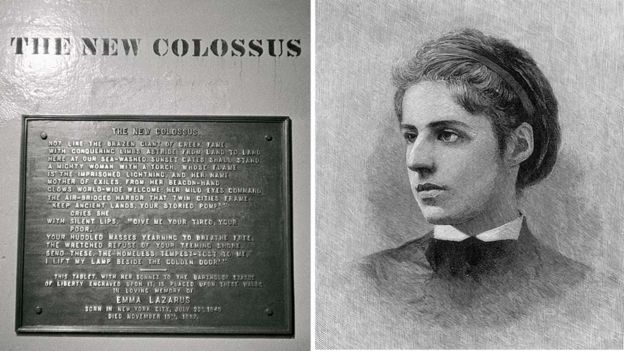 The new regulation, known as a “public charge rule”, was published in the Federal Register on Monday and will take effect on 15 October.

The rule change is intended to reinforce “ideals of self-sufficiency”, officials said. Critics argue that it will prevent low-income US residents from seeking help.

What did the official say?

On Tuesday, Mr Cuccinelli was asked by NPR whether the 1883 poem titled The New Colossus at the Statue of Liberty on New York’s Ellis Island still applied.

“Would you also agree that Emma Lazarus’s words etched on the Statue of Liberty, ‘Give me your tired, give me your poor,’ are also a part of the American ethos?” asked NPR’s Rachel Martin. 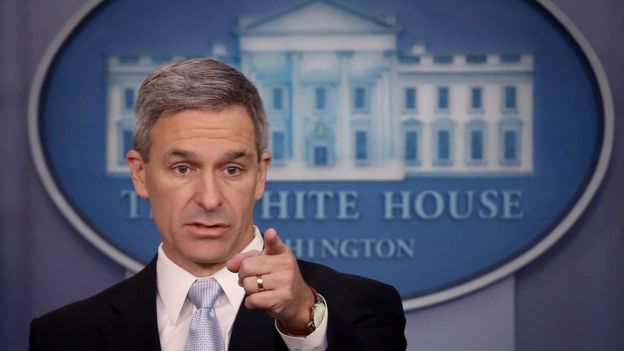 – Ken Cuccinelli, the acting head of US Citizenship and Immigration Services

“They certainly are,” Mr Cuccinelli responded. “Give me your tired and your poor – who can stand on their own two feet and who will not become a public charge.”

“That plaque was put on the Statue of Liberty at almost the same time as the first public charge [law] was passed – very interesting timing,” he added.

The actual passage reads in part: “Give me your tired, your poor, Your huddled masses yearning to breathe free, The wretched refuse of your teeming shore. Send these, the homeless, tempest-tost to me, I lift my lamp beside the golden door!”

In the interview, he added that immigrants are welcome “who can stand on their own two feet, be self-sufficient, pull themselves up by their bootstraps, again, as in the American tradition”.

After the host asked if the policy “appears to change the definition of the American dream,” he said: “We invite people to come here and join us as a privilege.

“No one has a right to become an American who isn’t born here as an American.”

Who will be affected by the new rule?

Immigrants who are already permanent residents in the US are unlikely to be affected by the rule change.

It also does not apply to refugees and asylum applicants.

But applicants for visa extensions, green cards or US citizenship will be subject to the change.

Those who do not meet income standards or who are deemed likely to rely on benefits such as Medicaid (government-run healthcare) or housing vouchers in future may be blocked from entering the country. 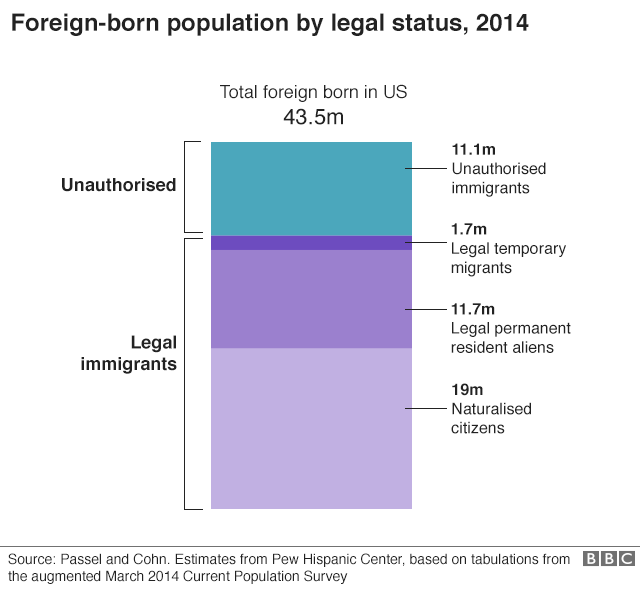 Those already in the US could also have their applications rejected.

An estimated 22 million legal residents in the US are without citizenship, and many of these are likely to be affected.

President Trump has made immigration a central theme of his administration. This latest move is part of his government’s efforts to curb legal immigration.

What has reaction been?

“It’s clear the Trump Administration just wants to keep certain people out,” the committee wrote, calling Mr Cuccinelli “a xenophobic, anti-immigrant fringe figure who has no business being in government”.

Others pointed to his background as the attorney general of Virginia, in which he led a conservative campaign against immigration and homosexuality.

Asked about Mr Cuccinelli’s remarks on Tuesday, President Trump did not directly respond to the Statue of Liberty quote, but said: “I don’t think it’s fair to have the American taxpayer pay for people to come into the United States.”

“I’m tired of seeing our taxpayer paying for people to come into the country and immediately go onto welfare and various other things.

“So I think we’re doing it right.”