Twitter Blue launches in US and New Zealand - MyJoyOnline.com 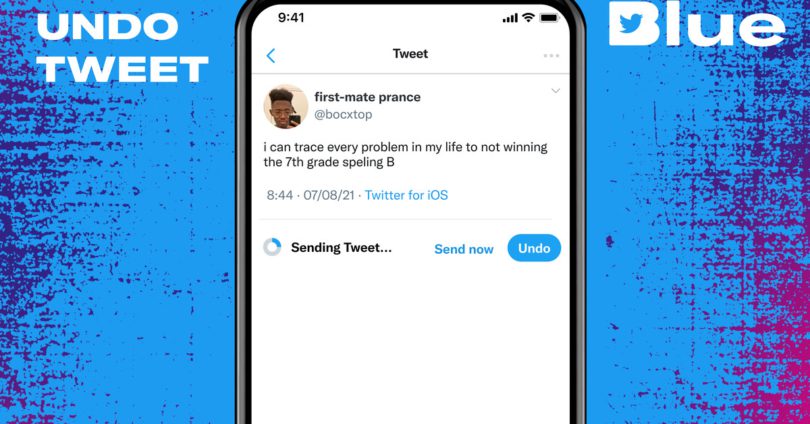 Twitter has officially announced that its feature Twitter Blue is now available in the United States and New Zealand across iOS, Android and web users for a monthly price of $2.99 / NZD 4.49.

Twitter Blue aims to bring subscribers, even more, features, more content, and more ways to participate in the conversation.

According to Twitter, “Earlier this year, we introduced Twitter Blue in Australia and Canada. Since then, we’ve been listening to and learning from the most passionate and vocal people on Twitter as to what will make their experience more customizable, more frictionless, and simply put – better.”

“We’re invigorated by the feedback we’ve received so far. The work continues and there’s a lot more to build, but in the meantime here’s the latest look inside Twitter Blue.”

On iOS and desktop, Twitter Blue members will enjoy a fast-loading, ad-free reading experience when they visit many of their favourite news sites available in the US from Twitter, such as The Washington Post, L.A. Times, USA TODAY, The Atlantic, Reuters, The Daily Beast, Rolling Stone, BuzzFeed, Insider and The Hollywood Reporter.

This is just the beginning for Ad-free Articles with much more ad-free content to come as Twitter continues to build more partnerships, with more publishers, in more markets.

Support a thriving free press. “In continuing our commitment to strengthen and support publishers and a free press, a portion of the revenue from Twitter Blue subscription fees goes directly to publishers within our network. Our goal is to help each publishing partner make 50% more per person than they would’ve made from serving ads to that person. A better experience for readers – and more support for the journalism they care about”, says Twitter.

Designed with Nuzzel lovers in mind, subscribers can easily see the most-shared articles in their network over the last 24 hours, so they can immediately see what’s important in their community. This gives subscribers a new and complementary way of catching up on the latest on Twitter.

Subscribers can add more flair to their Twitter experience with exclusive app icons and colourful themes and Bookmark Folders. Twitter is also introducing Custom Navigation, which gives subscribers the ability to customize what appears in their navigation bar for quick access to the Twitter destinations they care about most.

With Undo Tweet, subscribers can preview and perfect Tweets before they are sent. Subscribers also have access to Reader, which turns long threads into an easier-to-read experience. They can also change the text size within Reader to tailor their experience even further.

They will change often, but for now, subscribers will be able to upload videos of up to 10-minutes (as opposed to the standard ~2 minutes for non-subscribers) via Longer Video Uploadsand pin their favourite conversations to the top of their DM’s with Pinned Conversations.

Adapting as we go – with your feedback in mind.

From the initial launch, Twitter learned that existing subscribers loved many of the features introduced to the market, including the ability to customize and tailor their experience on Twitter to meet their needs and personalities, and of course, to review their Tweets before they go out in the wild. Twitter also learned they want even more customization, exclusive first-looks, and the ability to make their Twitter experience more functional. And we’re building towards exactly that.

“With Twitter Blue, we are not only bringing the most active people on Twitter more of what they want, but we’re also supporting local, national, and ad-free journalism in a more direct way. It’s early days for Twitter Blue and we’re looking forward to listening, learning, and building out even more features and tools over the coming months. As we look ahead, you can anticipate more features in Labs, more customization opportunities on different types of surfaces, and perhaps a few surprises along the way!” says Twitter

For users in the US, Canada, Australia, and New Zealand – visit Twitter’s main menu via your app or desktop to subscribe and unlock Twitter Blue. Follow @TwitterBlue to stay up to date on our latest features and announcements.