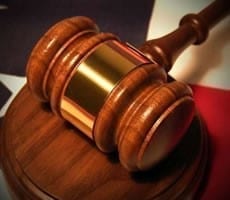 An Accra Circuit Court has granted bail to one Samuel Nana Owusu and Zachaeus Kwabena Koufisile, on charges of conspiracy to commit crime and corrupting public officers.

The two, who pleaded not guilty, were granted bail in the sum of GH50,000.00 each with three sureties, with the condition of reporting to the Regional Criminal Investigation Department every Tuesday by 1700 hours.

Assistant Superintendent of Police (ASP) Adelaide Boafo, said the complainant John Atiti is an officer of Bureau of National Investigation (BNI), stationed at its headquarters, Accra, while Samuel is a footballer and Zachaeus is unemployed and both live in Kasoa.

She said on March 12, 2014, Samuel in his attempt to defraud the complainant, called and asked him to call one Mr Yeboah a gold dealer at Koforidua, who would sell gold dust to him at GH 30,000.00, after which he would have to sell to one Vincent Roko who would buy it at GH 60,000.00.

She said the complainant sensed the danger and the trick of Samuel and reported the case to the police.

The prosecution said Samuel lured the complainant to a place between Kasoa and Budumburam highway to take the delivery of the gold dust, while a team of detective were also dispatched to the location.

She said while waiting, Zachaeus arrived with exhibits and during the process of handing it over to the complainant, he was arrested.

ASP Boafo told the court that during interrogation, Zachaeus denied the offence and stated that he was only sent by Samuel to deliver the exhibits to the complainant and collet GH 30,000.00.

She said on March 13, 2014, Samuel sent his girlfriend Dorcas to influence the investigator with an amount of GH1,100.00 to drop the charges against Zachaeus.

She said the money was taken and Samuel was asked to report. On March 18, he called at the unit and misrepresented himself as a friend of Zachaeus, but was arrested.

The prosecution said during interrogation, he admitted the offences and stated that, the exhibit was not gold dust but rather sand.