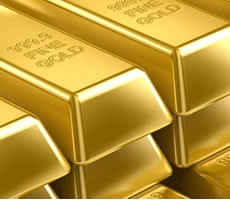 Two men have been dragged to the Accra Circuit Court for allegedly defrauding an Indian businessman of $40,000 in a gold and diamond deal.

Thompson Opoku-Agyemang and Maxwell Cobbinah pleaded not guilty to two counts of conspiracy to commit crime and defrauding by false pretence.

The two, together with Musah Nabie, a Sierra Leonean who is currently on the run, are alleged to have duped the Indian under the pretext of helping him transport his gold and diamond from Ghana to Dubai.

Opoku-Agyemang has been granted bail in the sum of GH¢160,000 with three sureties, one to be justified by the court that is presided over by Mrs Cecelia Dapaah Mireku.

Cobbinah is also on bail in the sum of GH¢180,000 with four sureties, one to be justified.

Per the facts, as presented by the prosecutor, Assistant Superintendent of Police (ASP) Mr Stephen Adjei, the businessman is a resident in the United Kingdom.

In November 2016, the businessman, he said, bought some quantities of gold and diamond from Sierra Leone with the intention of sending them to Dubai and asked Nabie to help him transport them.

According to ASP Adjei, after a while, the Indian received a call from Opoku-Agyemang, who introduced himself as a Superintendent of police in Ghana.

“Opoku-Agyemang told the businessman that Nabie has been arrested at the Kotoka International Airport by the Customs officials and that the gold and diamond have been seized.

He further told the Indian that the Customs officials were demanding US$10,000 before the goods would be released and since he was a police official, he could facilitate the release of the goods,” the prosecutor said.

In view of this, the prosecutor said, the businessman sent the $10,000, which was collected by Cobbinah on the orders of Opoku-Agyemang.

ASP Adjei explained that Nabie, Cobbinah and Agyemang shared the money and sent a miniature photograph of gold bars and diamonds to the businessman with a promise to airlift them to him.

“Later Agyemang informed the businessman that the customs officials were demanding additional money for airlifting the goods to Dubai. In February 2017, the businessman through the same means sent US$30,000 to Opoku-Agyemang and Cobbinah,” he said.

According to the prosecutor, Nabie, Opoku-Agyemang and Cobbinah switched off their phones and went into hiding after collecting the money.

“The businessman through another person in Ghana reported the matter to the police, leading to Agyemang’s arrest. Investigations later led to Cobbinah’s arrest,” the prosecutor added.