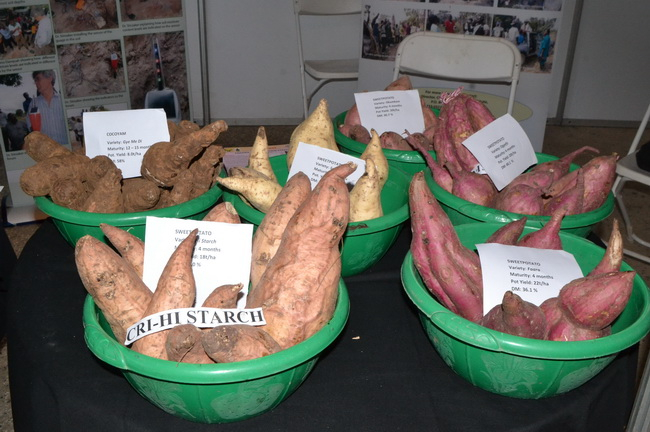 The University for Development Studies (UDS) is to provide support for the multiplication and supply of 75,000 Orange Fleshed Sweet Potatoes (OFSP) vines to beneficiaries of the Resiliency in Northern Ghana (RING) project.

This followed a sub-contract the Management of RING signed with authorities of UDS in Tamale on Tuesday enabling UDS to provide additional assistance to the project to ensure its effective and efficient implementation.

Under the multi-year sub-contract, which would expire in 2019, UDS would provide technical assistance for the RING project in areas of training agricultural extension agents, Women in Agricultural Development Officers and District Nutrition Officers on the technical aspects of production and utilisation of OFSPs in the 17 beneficiary districts in the Region.

OFSP cultivation is an income generating initiative that would also contribute to the nutritional gains amongst vulnerable households in the districts which include Central Gonja, Chereponi, East Gonja, East Mamprusi, Gushegu, Karaga, Kumbungu, Kpandai, Nanumba North and Nanumba South.

RING, which receives financial support from the United States Agency for International Development and Feed the Future programme, is a poverty reduction intervention designed to improve the nutrition and livelihood status of vulnerable households in the Region.

Madam Margaret Herro, Acting Chief of Party of RING, who signed on behalf of RING, said she was hopeful that the partnership with UDS would help ensure the success of the project.

Madam Herro announced new initiatives such as promoting small-scale drip irrigation, Infant and Young Child Feeding, citizen engagement mechanisms, and moringa cultivation would be implemented under the project this year.

Professor Gabriel Teye, Pro-Vice Chancellor of UDS, who signed on behalf of the university, said UDS the university is undertaking resilience and water, sanitation and hygiene programmes for the benefit of the rural poor and welcomed the partnership with RING as it is in line with its initiatives.