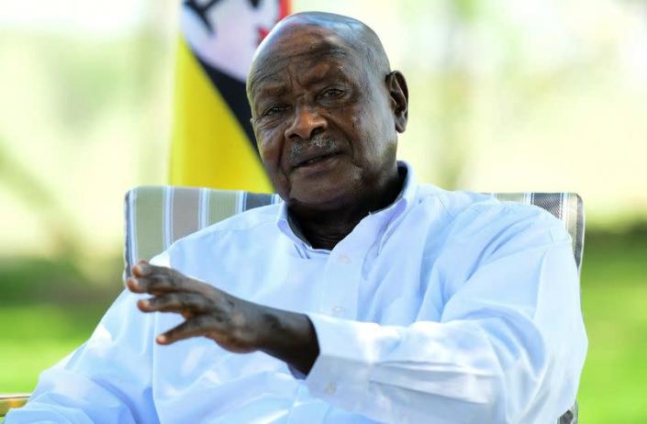 Uganda’s president Yoweri Museveni on Wednesday apologised to Kenya after his son, a top general and heir-apparent, threatened on Twitter to invade the neighbouring country and capture its capital in two weeks.

Muhoozi Kainerugaba, 48, is outspoken on social media, frequently trading barbs with opposition figures and weighing into politics. He later said he made the comments about Kenya in jest.

Uganda’s opposition and analysts have long believed 78-year-old Museveni, who has ruled the country since 1986, is preparing his son to take over when he retires.

Kainerugaba was removed from his post as commander of land forces on Tuesday after sending a flurry of provocative tweets suggesting the two countries drop their colonial borders and be united.

“It wouldn’t take us, my army and me, 2 weeks to capture Nairobi,” he wrote, referring to Kenya’s capital.

At the same time Kainerugaba was promoted to the rank of four-star general to encourage him for his positive contributions, Museveni said, adding that he had spoken to his Kenyan counterpart William Ruto about the matter.

“I ask our Kenyan brothers and sisters to forgive us for tweets sent by General Muhoozi,” Museveni said in a statement, adding that public officers should not interfere in the affairs of other countries.

“I know for a fact that General Muhoozi is a passionate Pan-Africanist. However, the correct method for Pan-Africanists is confidential interactions or using the available (forums),” he said.

DISCLAIMER: The Views, Comments, Opinions, Contributions and Statements made by Readers and Contributors on this platform do not necessarily represent the views or policy of Multimedia Group Limited.
Tags:
Kenya
Muhoozi Kainerugaba
Uganda president
Yoweri Museveni