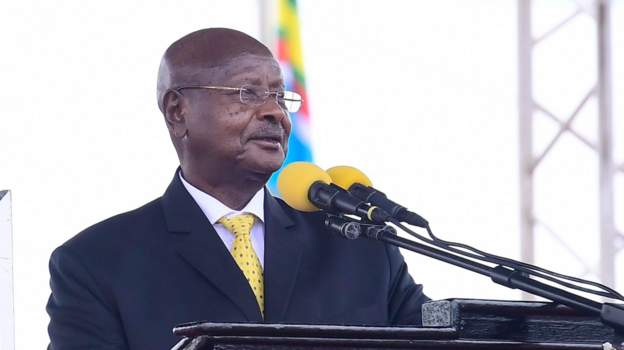 Ugandan President Yoweri Museveni has appointed a new cabinet with 31 ministers and 50 deputies.

Jessica Alupo, a retired army major, is the new vice-president, the second woman in the country’s history to be appointed to the position. She has previously served as education minister.

Robinah Nabbanja, a senior ruling party official, becomes the prime minister and leader of government business in parliament. She has been a deputy health minister.

Rebecca Kadaga, a lawyer and career politician who was until recently the speaker of parliament, becomes the new first deputy prime minister. She will also be in charge of the East African Community ministry.

The cabinet has more entrants from the armed forces. The current commander-in-chief of the army, General David Muhoozi, becomes the deputy minister for internal affairs. General Muhoozi is also a representative of the military in parliament.

One of the president’s personal lawyers, Kiryowa Kiwanuka, is the new attorney general.

Sam Kuteesa, the country’s long-serving foreign minister, has been dropped from cabinet.

The president has introduced several new faces in cabinet, after more than 20 ministers in the previous one, including the vice-president, lost their parliamentary seats in the January general elections.

DISCLAIMER: The Views, Comments, Opinions, Contributions and Statements made by Readers and Contributors on this platform do not necessarily represent the views or policy of Multimedia Group Limited.
Tags:
Cabinet ministers
Uganda president
Yoweri Museveni