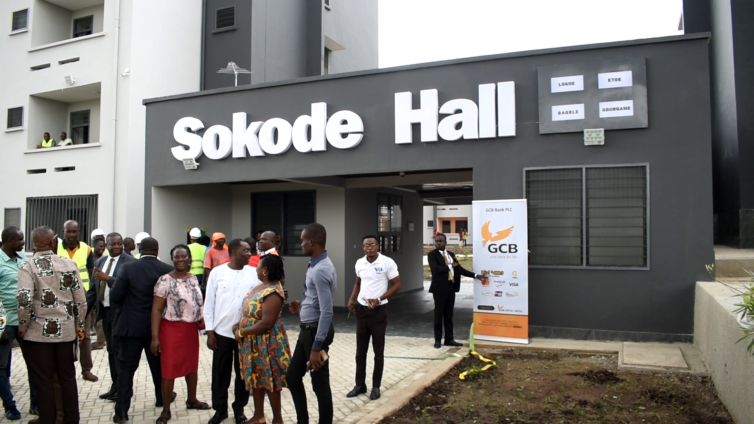 The University of Health of Allied Sciences established in 2012, in the Volta Regional capital of Ho, is still in the developing stages.

Only one of its 11 schools is fully completed, thus the School of Basic and Biomedical Sciences, at the main campus in Ho. 11 academic units are currently being run on the main campus, Trafalgar, Dave and Hohoe campuses.

Work is progressing steadily on the second phase of the development of the University, where the School of Nursing and Midwifery is being constructed together with the main administration and other ancillary facilities.

The Akufo-Addo-led-government facilitated 60 million dollars – which forms part of China’s Aid to the Ghana – to finance the project.

Within the 10 years, some halls of residence for students and bungalows and for faculty have been constructed as well.

The Vice-Chancellor of UHAS, Prof John Owusu Gyapong, had been making clarion calls for assistants to develop the University.

The Ghana Commercial Bank rose to such calls and provided funding for the construction of a 680-bed capacity student residential facility, costed at GHC20 million.

The Sokode Hall of residence was commissioned by President Akufo-Addo after attending a grand durbar to mark the 10th Anniversary of UHAS.

Given this, the Head of Corporate Banking of GCB Bank, Linus Kumi, said that the initiative was aimed at ensuring there is enough infrastructure to accommodate the student population which has witnessed an exponential increase.

He detailed that the bank had identified the contributions of the UHAS, which is solely dedicated to producing health professionals, hence has decided to form an alliance with it since its inception.

“With GCB Bank, we have a clear mandate, our priorities are clearly set and we need to support Ghana’s education and what you see here today is an example of what we are bringing on board”, he said speaking to the media on the sideline of the 10th anniversary grand durbar.

He stressed that his outfit would continue to engage management of the University, and support any initiative undertaken aimed at development and infrastructure expansion.

“Whatever the needs be, we will sit down with authorities of the school [UHAS], come out with a plan and then we roll it out in phases”, he explained.