Chancellor Philip Hammond has said he is "optimistic" Brexit discussions between the government and Labour can reach "some form of agreement".

Mr Hammond said there were "no red lines" in the meetings.

But Labour leader Jeremy Corbyn said he was "waiting to see the red lines move" and had not "noticed any great change in the government's position".

Three days of talks ended on Friday without agreement and Labour said no more talks were planned this weekend.

Downing Street responded by saying it was prepared to pursue alterations to the deal and ready to hold further discussions with Labour over the weekend.

The talks have been taking place to try to find a proposal to put to MPs which could break the Brexit deadlock in the Commons before an emergency EU summit on Wednesday.

Speaking ahead of an EU finance ministers' meeting in Bucharest, Mr Hammond told reporters: "We are expecting to exchange some more text with the Labour Party today, so this is an ongoing process."

Mr Hammond said: "We should complete the process in Parliament… Some people in the Labour Party are making other suggestions to us. Of course, we have to be prepared to discuss them.

"Our approach to these discussions with Labour is we have no red lines. We will go into these talks with an open mind and discuss everything with them in a constructive fashion." 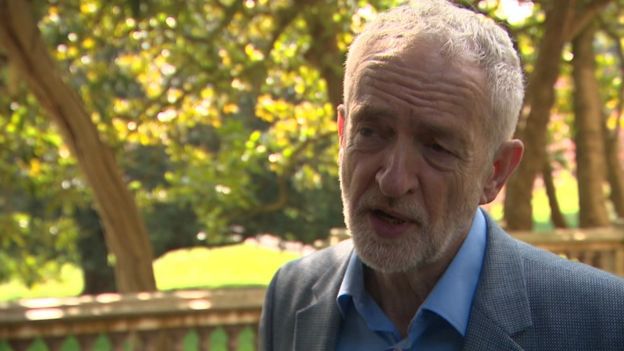 Jeremy Corbyn said the government's position had not changed

Speaking while campaigning for next month's local elections in Plymouth, Mr Corbyn suggested votes in Parliament were now the most likely way of providing a breakthrough on Brexit, saying his key priority was "to avoid crashing out of the EU with no deal".

Mr Corbyn told the BBC: "We have a party position on the future relationship with Europe… and we will responsibly discharge those duties, but we are determined to make sure there is no crashing out."