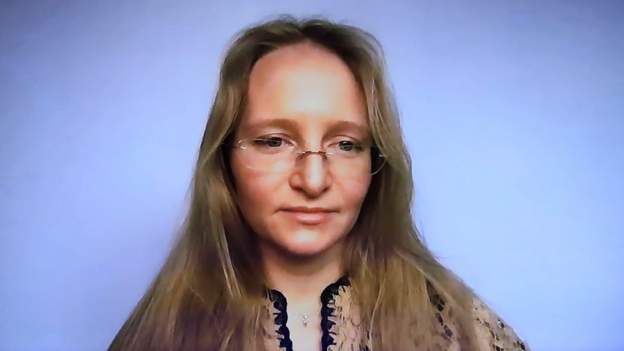 His daughters’ names – Katerina Vladimirovna Tikhonova and Maria Vladimirovna Vorontsova – have now been added to the UK’s sanctions list.

It is part of a “coordinated” effort with the US, who has already imposed sanctions on the two women.

In a Foreign Office press release, the UK government said it was further targeting the “lavish lifestyles of the Kremlin’s inner circle”, with travel bans and asset freezes imposed on the three.

According to the UK government, more than £275bn of Putin’s war chest has now been frozen by co-ordinated UK and international sanctions in recent weeks.

It added that Russia is heading for the deepest recession since the collapse of the Soviet Union as sanctions hit President Putin’s ability to wage war in Ukraine.