UK to sign deal to send asylum seekers to Rwanda for processing - MyJoyOnline.com 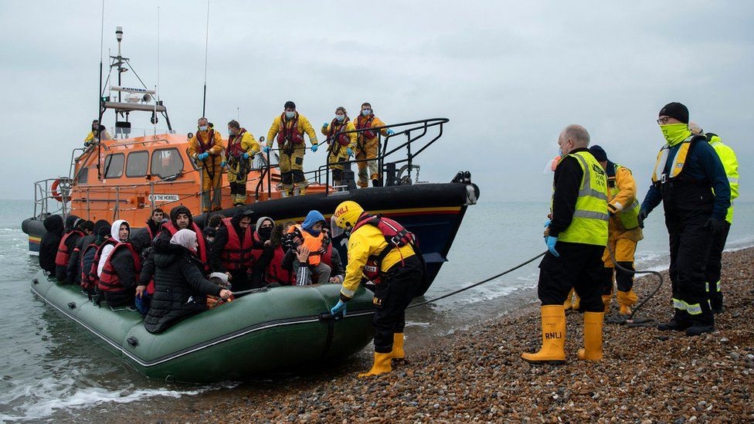 Some asylum seekers will be flown to Rwanda to have their applications processed, under new government plans.

Boris Johnson is set to unveil the plans on Thursday, before Home Secretary Priti Patel signs a migration deal with the African nation.

Sources told the BBC the partnership would see some asylum seekers, such as those who arrive in the UK on small boats, relocated to Rwanda.

The Refugee Council criticised the policy as “cruel” and urged a rethink.

Labour said the plan was “unworkable, unethical and extortionate” – and one designed to “distract” from Mr Johnson’s fine for breaking Covid-19 laws.

The Liberal Democrats said the proposal would be “expensive for taxpayers, while doing nothing to stop dangerous Channel crossings or combat the smuggling and trafficking gangs”.

But in his speech, Mr Johnson will argue that action is needed to stop “vile people smugglers” turning the ocean into a “watery graveyard”.

Thousands of people have crossed the English Channel in small boats from France to the UK this year. Last year, 28,526 people made the crossing, compared with 8,404 in 2020.

Mr Johnson will say that the number of people making the perilous crossing could reach 1,000 a day within weeks, after about 600 arrived on Wednesday.

“We cannot sustain a parallel illegal system,” Mr Johnson will say. “Our compassion may be infinite, but our capacity to help people is not.”

On Thursday in Kent, he will announce plans to break the business model of people-smuggling gangs, step-up patrol operations in the Channel, and prosecute more criminals.

The measures are part of the government’s long-term plan to “take back control of illegal immigration” after Brexit, Mr Johnson will say.

Those measures – including the Rwanda processing proposal – are designed to deter people from crossing the Channel in small boats.

While the number of crossings in small boats has increased, last year saw fewer people using other strategies to enter the country undetected.

That is partially because security at the Port of Calais in France – where UK border controls are – has been tightened, meaning crossing by lorry is harder.

The bill is currently making its way through Parliament, but with the parliamentary session expected to end within weeks, time is running out to pass it into law.

MPs are currently on a break, but when they return, they are due to review a series of amendments, including one about powers to offshore asylum claims.

Labour and the SNP have opposed offshoring asylum claims, and the UN’s high commissioner for refugees said the practice “would be a breach of the UK’s international obligations”.

Last week refugees minister Lord Richard Harrington told LBC radio he had no knowledge of the plan to send asylum seekers to Rwanda for processing.

“I’m having difficulty enough getting them from Ukraine to our country, there’s no possibility of sending them to Rwanda,” he said.

The plan to process asylum seekers abroad was first reported by the Times newspaper last year.

The newspaper said the Home Office had discussed their proposals with their counterparts in Denmark, which has passed legislation allowing it to relocate asylum seekers to countries outside Europe.

The UK’s Nationality and Borders Bill is designed to deter migrants from making the dangerous journey across the Channel and clampdown on people smugglers.

The government has suffered a series of defeats in the House of Lords over the bill, which has come in for criticism and sparked protests.

Enver Solomon, chief executive of the Refugee Council, said the proposal the offshore asylum claims would not “address the reasons why people take perilous journeys to find safety in the UK”.

He said the proposal would “only lead to more human suffering, chaos and at huge expense of an estimated £1.4bn a year”.

And Labour’s shadow home secretary Yvette Cooper said the policy “would cost the UK taxpayer billions of pounds during a cost of living crisis and would make it harder not easier to get fast and fair asylum decisions”.

Ms Cooper said former Conservative immigration ministers “have condemned offshoring because they know it doesn’t work and is deeply damaging”.

Alistair Carmichael, home affairs spokesperson for the Liberal Democrats, said the UK had a proud history of providing sanctuary to those in need.

“Thousands of families are opening their homes to refugees, but this Conservative Government is slamming the door in their face,” he said.