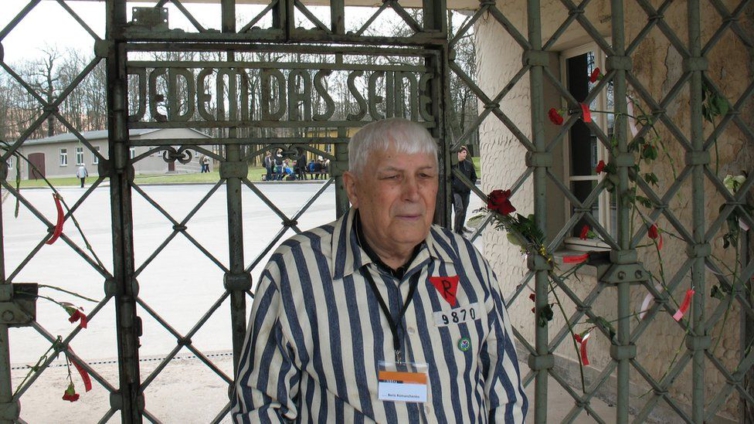 A Ukrainian man who survived the Nazi Holocaust during World War Two has been killed during a Russian attack on the eastern city of Kharkiv.

Russian forces have been relentlessly shelling Kharkiv, which lies just 30 miles (50km) from the border, for over three weeks.

At least 500 civilians have now been killed there, Ukrainian officials say.

Police said one of the victims has been identified as a nine-year old boy.

The Buchenwald and Mittelbau-Dora Memorials Foundation said it was “deeply disturbed” by Romantschenko’s death.

The organisation, of which Romantschenko was vice-president, announced the news after being informed by his family and said he had “worked intensely on the memory of Nazi crimes”.

“We mourn the loss of a close friend. We wish his son and granddaughter, who brought us the sad news, a lot of strength in these difficult times,” the foundation’s statement added.

Romantschenko’s death comes more than three weeks after President Vladimir Putin sought to justify his invasion to the Russian people by telling them his goal is to”de-Nazify Ukraine”.

Western leaders have condemned these claims and pointed out that Ukraine’s president, Volodymyr Zelensky, is Jewish.

Romantschenko was born in the north-eastern city of Bondari on 20 January 1926.

He was rounded up by Nazi troops at the age of 16 after the invasion of the Soviet Union and deported to Germany in 1942, where he was forced to do hard labour, the foundation said.

After a failed escape attempt in 1943, he was sent to the Buchenwald concentration camp, where some 56,545 people were murdered before its liberation in 1945 by the allies.

He also spent time in the subcamp of Mittelbau-Dora, as well as the infamous Bergen Belsen and Peenemünde camps.

Romantschenko, who was not Jewish, returned to Buchenwald in 2012 to celebrate the 67th anniversary of the liberation of the camp by US troops, where he recited the pledge made by survivors to create “a new world where peace and freedom reign”.

The Nazi regime murdered over six million Jewish people across occupied Europe between 1941 and 1945.