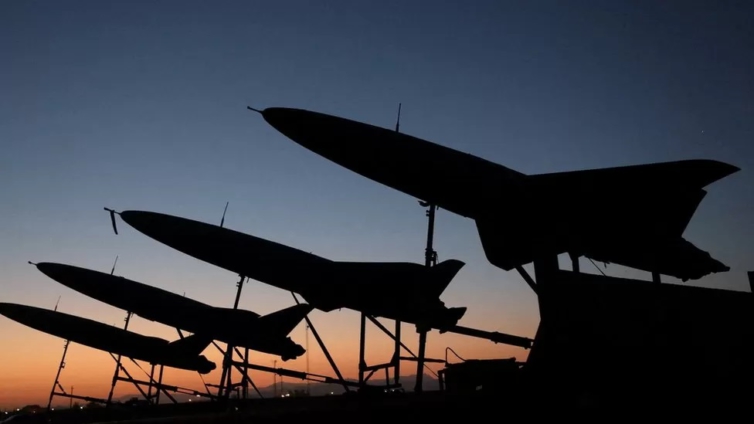 Ukraine has accused Iran of sending drones to Russia, which the Middle Eastern country denied then later admitted

Russia and Iran’s relationship has warmed to a fully-fledged defence partnership, the US has said.

The US has seen reports that the two countries are considering joint production of lethal drones, he added.

Australia has announced it is sanctioning three Iranians and one Iranian business for supplying Russia with drones to use against Ukraine.

Co-operation between Russia and Iran has been highlighted recently, with Ukraine accusing Russia of using Iranian drones in its attacks.

After initially denying sending any drones to Russia, the Middle Eastern country later admitted it had supplied some before the invasion of Ukraine.

Mr Kirby said that a partnership between Iran and Russia to produce drones would be harmful to Ukraine, Iran’s neighbours and the international community.

“Russia is seeking to collaborate with Iran in areas like weapons development, training,” he said, adding that the US fears that Russia intended to “provide Iran with advanced military components” including helicopters and air defence systems.

In response to Mr Kirby’s comments, UK Foreign Secretary James Cleverly said that Iran had become one of Russia’s main military supporters and that the relationship between them was threatening global security.

The “sordid deals” between the two countries have seen Iran send hundreds of drones to Russia, he said.

“In return, Russia is offering military and technical support to the Iranian regime, which will increase the risk it poses to our partners in the Middle East and to international security,” he added.

He said the UK agreed with the US that Iranian support for the Russian military would grow in the coming months as Russia tried to get hold of more weapons, including hundreds of ballistic missiles.

Ukraine accused Iran of supplying Russia with “kamikaze” drones used in a series of attacks which killed at least eight people on 17 October.

After denying this, Iran later admitted sending a “limited number” of drones to Russia, “many months” before the war in Ukraine.

Ukraine’s President Volodymyr Zelensky said this was a lie and that Ukraine was shooting down about 10 Iranian drones a day.

On Saturday, Penny Wong, Australia’s foreign minister, said in a statement: “The supply of drones to Russia is evidence of the role Iran plays in destabilising global security. This listing highlights that those who provide material support to Russia will face consequences.”

She also announced measures against 19 other people and two entities, including Iran’s Morality Police, for the brutal treatment of anti-government protestors following the death of 22-year-old Mahsa Amini in custody earlier this year.

DISCLAIMER: The Views, Comments, Opinions, Contributions and Statements made by Readers and Contributors on this platform do not necessarily represent the views or policy of Multimedia Group Limited.
Tags:
Iran
Russia
Ukraine War
US