UN calls for restraint in Libya 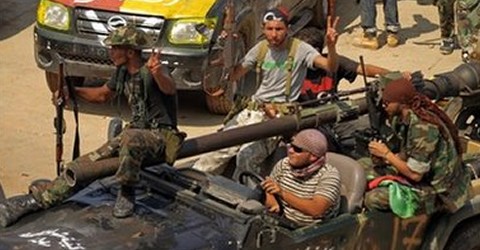 The United Nations has called on all sides in the Libyan conflict to take steps to ensure there are no acts of violence and revenge.

It comes as reports emerge of abuses and alleged summary killings by both rebels and troops loyal to Col Gaddafi.

The UN has also agreed to release $1.5bn (£1bn) in Libyan assets – which had been frozen under sanctions – to help with immediate humanitarian needs.

Fighting has continued in Tripoli, which is now largely in rebel control.

Thursday saw gunfights erupting in the city’s Abu Salim district, one of the few remaining Gaddafi holdouts in the capital.

The rebels have also been attempting to reach Col Gaddafi’s hometown of Sirte but have been met with fierce resistance. There were reports that Nato planes carried out air strikes on the city overnight.

Late on Thursday, the National Transitional Council (NTC) said it had now moved its political base from the rebel stronghold Benghazi to the capital.

UN human rights spokesman Rupert Colville said it was difficult to confirm reports of summary killings and torture, but said such incidents would be investigated by the existing Commission of Inquiry on Libya.

“We urge all those in positions of authority in Libya, including field commanders, to take active steps to ensure that no crimes, or acts of revenge, are committed,” he told Reuters.

The UN has previously said some military action in Libya could amount to war crimes or crimes against humanity.

Earlier this week, the NTC’s chairman, Mustafa Abdul Jalil, urged rebels not to engage in revenge attacks against pro-Gaddafi fighters, threatening to resign if his warning was not heeded.

The BBC’s Rupert Wingfield-Hayes visited a hospital in the Mitiga district of Tripoli which had received the bodies of 17 rebel fighters.

Doctors said the group had been prisoners of Gaddafi troops in Tripoli and were tortured and killed as the rebels seized the capital earlier this week.

Dr Hoez Zaitan, a British medic working at the hospital, said about half the bodies had bullet wounds to the back of the head while others had disfiguring injuries to their limbs and hands.

Meanwhile, the bodies of at least a dozen pro-Gaddafi fighters – two of whom had their hands tied behind their backs – were found on a roundabout in the centre of Tripoli.

There were reports that one body had an intravenous drip in the arm, and that others were badly burned.

Amnesty International says it has “powerful testimonies” of abuses by both sides in the coastal town of Zawiya, including allegations of violence by rebels against African migrant workers accused of being mercenaries.

On Thursday evening, the UN reached an agreement to release $1.5bn in Libyan assets after the motion was modified to remove a reference to the NTC.

South Africa had stalled the move, raising among its concerns that giving money to the NTC indicated officially acknowledging it as Libya’s leaders – something it and the African Union have yet to do.
He said the bodies had been examined for possible evidence to be used at a war crimes tribunal.