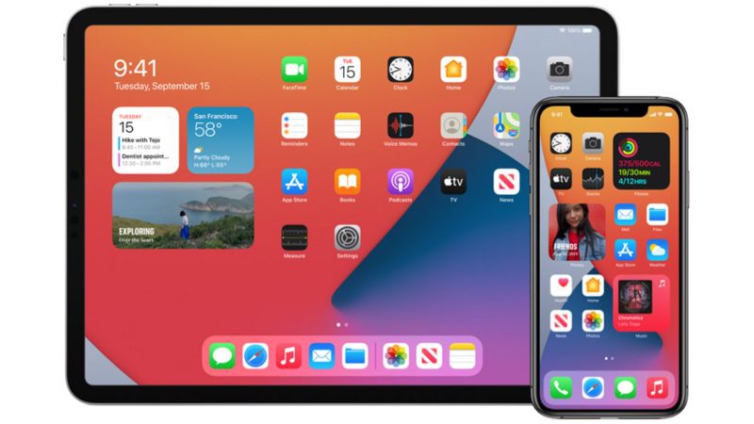 Owners of iPhones and iPads are being warned that some apps may experience glitches because Apple only gave a day’s notice of the release of a major update to its mobile operating systems.

Chief executive Tim Cook revealed on Tuesday that iOS 14 and iPadOS 14 would launch on Wednesday.

Last year, Apple announced the release date more than a week in advance.

Developers have complained they do not have enough time to check for bugs and submit their products to the App Store.

They include big names such as Nintendo, which has warned gamers that its Animal Crossing: Pocket Camp app will not launch after the update.

It has advised players to delay installing the new operating systems until later this month.

Mr Cook described the updates as being a “huge release that transforms the core experience” of using its mobile devices.

But within minutes of the announcement, developers started posting on social media that they had been blindsided by the timing,

“Cannot believe they are just shadow-dropping iOS 14. That feels so horrible as a developer,” tweeted Sawyer Blatz, who works on the budgeting app Nudget.

One prominent voice in the developer community told the BBC he was “shocked” by the announcement.

Apple had failed to “give developers any notice, or final tools to submit their apps,” said Steve Troughton-Smith.

“It’s definitely possible that some apps might not work correctly.”

Even apps that do not exhibit obvious problems may still lack planned features that were supposed to have been ready in time for the upgrade.

Although developers have been able to test their software running under “beta” versions of the new operating systems for months, the final “golden master” versions have only just been released.

Some developers have also reported problems trying to rush their products through Apple’s app review process to meet the deadline.

The development threatens to worsen relations between Apple and developers.

Many in the community have already complained about the 30% cut the firm takes from sales and its sometimes “opaque” review process.

The issue overshadowed Apple’s WWDC conference earlier in the year, when it became involved in a high-profile public row with the creators of a new email app called Hey.

More recently, a clash with the games developer Epic has led to Apple device owners being unable to get the latest version of Fortnite or install the game at all from scratch.

Apple’s restrictions on third-party games platforms have also been criticised by Microsoft, and led to iPhone and iPad users being unable to play Xbox games on the devices, despite them being made available to Android.

Apple, however, justifies its actions on the grounds that its policies provide security to users and let it invest in support for the wider app economy.

How to prevent iOS 14 and iPadOS 14 installing

Some people’s devices are set to auto-install Apple’s mobile updates.

In general, this can be a good idea to ensure that the latest cyber-security protection and features are automatically added when a device is plugged in overnight and connected to wi-fi.

However, this facility is limited to “point releases” and not the major “round-numbered” updates, like the move from iOS 13.7 to iOS 14.

In this case, the new code will still be downloaded in the background on devices running versions 13.6 and above, but will not install without first seeking the user’s express permission, which can be declined.

Owners can check if this will happen by:

Those who dare to become early adopters face a significant overhaul to Apple’s mobile operating systems.

Widgets can be added to home screens to display the weather, time, stock prices or other information at a glance, and the selection can be set to change according to the time of day.

Apps can be automatically arranged into themed folders to make it easier for users to find their favourite services.

And videos and Facetime calls can be made to appear in a small box that floats above the app in use, rather than taking up the full screen.

In addition, there is:

IPad owners also gain new features for the firm’s Pencil stylus, including the automatic conversion of handwriting into text and shape recognition.

“Users will no doubt value the substantial changes to the user experience in iOS 14, improving utility and productivity,” commented Simon Forrest from the consultancy Futuresource.

He added that developers would also benefit from the extended access Apple had given them to its processors’ “neural engines”, which should make it possible to carry out more AI tasks on-device rather than relying on remote computer servers.