Unlimited freedoms of media must be checked - Lawyer - MyJoyOnline.com

Unlimited freedoms of media must be checked – Lawyer 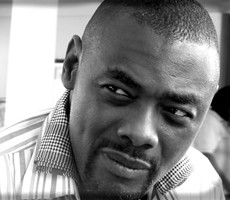 A legal practitioner and journalism lecturer at the African University College of Communications (AUCC) here in Accra, Ogochukwu Nweke, is strongly advocating an amendment of Chapter 12 of the 1992 Constitution which guarantees media freedoms.

He says the Article guarantees journalists unlimited freedoms without adequate provisions to hold them accountable; a situation he says is dangerous for the country’s democracy and a peaceful conduct of the December polls.

He was speaking at a workshop dubbed; Connecting Media and Civil Society for credible elections 2012, organised by the International Institute for ICT Journalism.

Mr Nweke said the dangerous, reckless, irresponsible journalism going on in a massive scale was generally because the constitution virtually gives journalists a carte blanche to do what pleases them.

He said it was understandable that the constitution guaranteed journalists wide-ranging powers and freedoms given the country’s political history and the consistent attempts to emasculate the media.

The circumstances that necessitated the creation of Chapter 12, according to him, no longer exist and the provision must be amended.

He said the National Media Commission must be given powers to revoke the licenses of media organizations as well as sanction journalists, who misbehave, insisting that was the only way to sanitise the media terrain.

Mr Nweke believes asking people who have been defamed to go to court is not enough.

A Project Director at Penplusbytes, organizers of the workshop, Mr Jerry Sam, said the workshop formed part of the organisation’s African Elections Project funded by STAR-Ghana.

The AEP launched in 2008, has the overall objective of “enhancing the ability of journalists, citizen journalists and the news media to provide more timely and relevant elections information and knowledge while undertaking monitoring of specific and important aspects of governance.”

Recognizing the potency of social media in fostering social and political inclusion, the AEP, he said, uses “social media tools and platforms to develop the capacity and to monitor the governance process prior to, during and after the elections process. This monitoring involves citizens in the use of social media tools and platforms to inform the electorate on the implementation and impact of campaign promises, manifestos through the different tiers of government at both the local and state level.”

Some of the issues laid out by Mr Jerry Sam are contained in a press statement, excerpts of which have been published below.

The project leverages the free, fair and unbiased media and the crucial role they play in elections such as providing impartial information that do not inflame the passions of the electorate. The rationale behind the project is to take specific steps needed to avert possible crisis in African Elections. African Elections Project (www.africanelections.org) has covered elections in Ghana, Cote d’Ivoire, Guinea, Mauritania, Malawi, Mozambique, Namibia, Botswana, Togo, Liberia and Niger.

The “Enabling Peaceful Transparent and Credible Elections in Ghana Using New Media Project” coordinated by the International Institute for ICT Journalism (Penplusbytes) with funding from STAR-Ghana.

Our social networking platforms incorporated in our online platform is enhancing citizens’ access to electoral information, for incident during the biometric registration, http://twitter.com/ghanaelections provided an avenue for online users to find information on registration centres locations.
Also we have built an elections mapping platform using Ushahidi to connect citizens, civil society and security forces. (Mapped major incidents around the biometric voter registration with timelines as to when and where incidents took place with pictorial overview of electoral incidents. We are developing working relationship with security agencies through Ministry of Interior and a number of STAR grantees are also coming on board as partners including CDD and Ghana Community Radio Network among others. The platform works with mobile phones via text messages through our short code 1902 prefix (AEP) for all networks except MTN which is 7000. The users of the platform is growing and we currently have over 1,000 active users
In addition to use of SMS we have set up a MOBILE APP (application) running on Dangbeeshi platform which enables mobile users with “feature phones” to interact with our online platform as well.

Our online platform is integrated with NEWSDB, our in house software which monitors selected Newspaper, TV and Radio, online and social media for elections incidents monitoring. The system provides us with the capacity to process media monitoring data using key words related selected indicators, the output from this process is feed into our early warning feedback hub

Due to the high cost of internet access and availability, we are working to ensure more access to our online platform via mobile phones which is relatively more available in comparison to internet ready computers.
Also, various organizations, are not eager to share information on their activities therefore we are recording relatively low interaction between media and civil society actors, an idea is to continually get organisations to share information which is crucial for the success of their projects. We are leading by example, by constantly reaching out to prospective partners and sharing information and knowledge about our project.
New media is becoming an important tool for politicians to connect with electorates; we observe this through our engagement with political actors online through twitter and facebook.

Also through messages received and media monitoring of pre-elections activities and incidents around the biometric registration, we have noted with deep concern that most violent incidents are largely taking place in the Ashanti Region followed by the BrongAhafo Region. This situation therefore requires that these two regions are given as much attention towards the campaign for peaceful elections as it is done in the Greater Accra Region.

Another lesson learnt is that, the nation does not have a concrete deterrent to hate speeches and if nothing is done soon about it, it will lead to inciting violence and unhealthy ethnic sentiments during the heat of the elections campaign period.