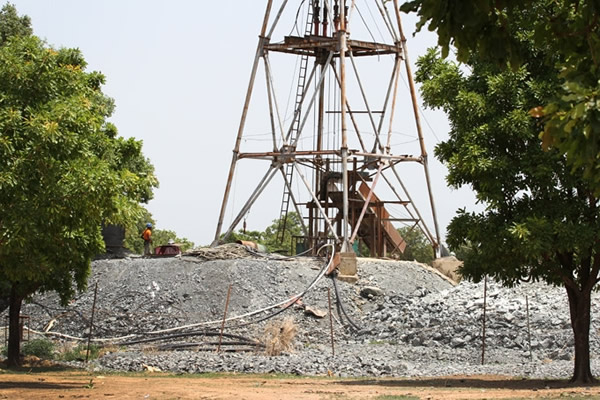 This brings the death toll in the Gbani mine blast to 16.

Doctors are currently trying to save others who remain in critical condition, reports Upper East Correspondent, Albert Sory.

The bodies have been deposited at the Upper East Regional Hospital.

Meanwhile, police have arrested five persons in connection with the mining accident that occurred in the Talensi District.

Joy News gathers the miners had ignored an earlier warning not to go prospecting because Shaanxi had planned to blast their concession with explosives.

They, however, reportedly ignored the warning and were caught up in the mines after the explosion.

The Mineral Commission has directed Shaanxi to close down the mine temporarily.

Regional Minister, Paulina Abayage, told Joy News on Wednesday that officials of the company are being interrogated by the police.

The tragedy happened Wednesday at dawn while workers of the company based in the Talensi district blasted explosives in an effort to mine.

Eyewitnesses say powerful billows of smoke choked them to death.

But less than 24  hours after the blast, nine more have died.

Photo: A mining pit at Shaanxi

A survivor told Joy News, they received prior warning of an impending blast in one of the company’s mining pits but ignored it.

He told Joy News Upper East regional correspondent Albert Sore, an army of illegal miners were convinced the blast would be minor as previous ones have been.

The survivor put their number at about 500. The reporter said he witnessed the thirteenth miner being wheeled to the mortuary in the last hour.

The company has warned illegal miners to stay off their concessions warning of more deaths and injuries.

The safety standards of the company and the conditions of work have been questioned. The company was ordered to suspend operations in May 2017.

October 2018: An underground cleaner dies after a machine smashed his chest inside a mining pit.

April 2017: Seven illegal miners die after being trapped by smoke

January 2016: An employee of the company dies after he was buried under a pile of gold ore.

April 2, 2014: Two miners were allegedly gassed to death and one severely injured.

October 2014: Three miners lost their lives when a mining pit collapsed on them.

May 26, 2013: Three illegal small-scale miners perish in a tunnel following an explosion.