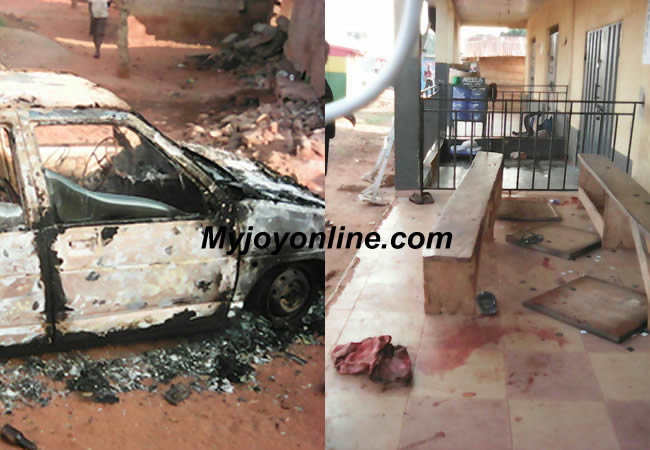 There is heavy police and military presence in Tuobodom in the Brong Ahafo Region after yesterday’s gun exchanges left five people dead.

The clashes left seven others in critical condition.

Properties, including a house and a car were burnt to ashes.

Four people died on the spot but Sabit who visited the Holy Family Hospital where the injured are being treated reports that an aged man who was seriously injured passed on last night.  This brought the total death toll to five.

He said the security has taken over the place, working assiduously to ensure that perpetrators of the heinous crime are arrested and made to face the law.

The clashes are said to have some regional and ethnic undertones.

The clashes were triggered by an alleged attack on a man last night.

The man who was accused of being a spy went easing himself in a community dominated by a rival ethnic group.

Anas Sabit reported that around 3:15pm, Wednesday, the other faction also paraded men with guns in an attempt to retaliate the attack on their kinsman.

They started shooting all sporadically and set one house ablaze.