US midterms: Biden warns election denial is ‘path to chaos’ 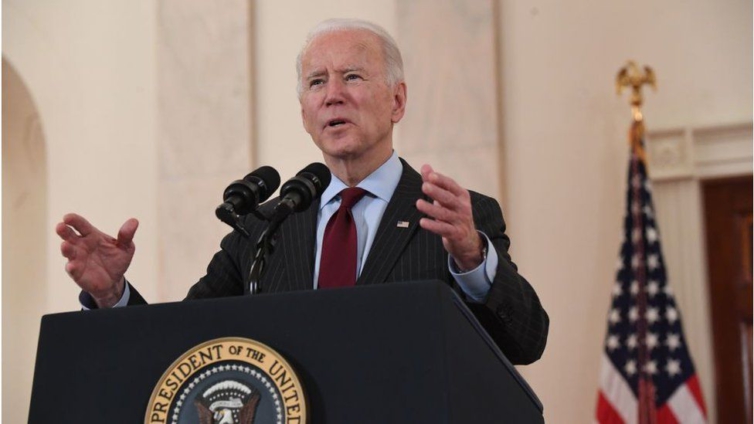 US President Joe Biden has warned any candidates who refuse to accept defeat in next week’s midterm elections could set the nation on “the path to chaos”.

He also urged Americans to unite in opposition to “political violence” in the vote on 8 November.

Mr Biden, a Democrat, said former President Donald Trump and his supporters were peddling “lies of conspiracy and malice”.

Republicans hit back that Mr Biden was seeking to “divide and deflect”.

Control of both chambers of Congress and key state governorships are hanging in the balance in next week’s elections.

Most forecasts suggest Republicans will win control of the House of Representatives, while the Senate could go either way.

Mr Biden spoke in nationally televised remarks on Wednesday evening at Washington DC’s Union Station – just a few streets from where Trump supporters stormed the US Capitol last year in an attempt to overturn the results of the 2020 election.

Mr Biden blamed Mr Trump – whom he did not name, but referred to as “the defeated former president” – for inspiring threats by some Republican candidates to refuse to accept the outcome should they lose next week.

“That is the path to chaos in America,” said Mr Biden. “It’s unprecedented. It’s unlawful. And it is un-American.”

The president also sought to link Mr Trump’s election rhetoric to a hammer attack last week on the husband of US House Speaker Nancy Pelosi.

He argued that Mr Trump’s “big lie that the election of 2020 had been stolen” was the driving force behind both the assault on 82-year-old Paul Pelosi and the US Capitol riot.

“It’s a lie that fuelled the dangerous rise in political violence and voter intimidation over the past two years,” said Mr Biden.

The president spoke as a federal judge in Arizona issued a restraining order against a group of Trump supporters, sometimes armed or wearing ballistic vests, who have been accused of harassing voters near ballot boxes in the border state.

The US government last week distributed a bulletin to law enforcement agencies warning of a “heightened threat” of domestic violent extremism, adding that candidates and election workers could be targeted by individuals with “ideological grievances”.

Republicans reacted to Mr Biden’s remarks by arguing he was trying to distract Americans from his low approval ratings and US inflation.

House Republican minority leader Kevin McCarthy, who would become speaker of the lower chamber of Congress should his party win control next week, tweeted: “President Biden is trying to divide and deflect at a time when America needs to unite – because he can’t talk about his policies that have driven up the cost of living.

“The American people aren’t buying it.”

A Reuters/Ipsos opinion poll this week found that half of Americans believe voter fraud is a widespread problem, even though such cases are extremely rare.

According to the BBC’s US partner CBS, out of 595 Republicans running for state-wide office, just over half – 306 – have raised doubts about the 2020 presidential election.

DISCLAIMER: The Views, Comments, Opinions, Contributions and Statements made by Readers and Contributors on this platform do not necessarily represent the views or policy of Multimedia Group Limited.
Tags:
Joe Biden
US midterms