US Open 2022: Will Novak Djokovic be able to play? 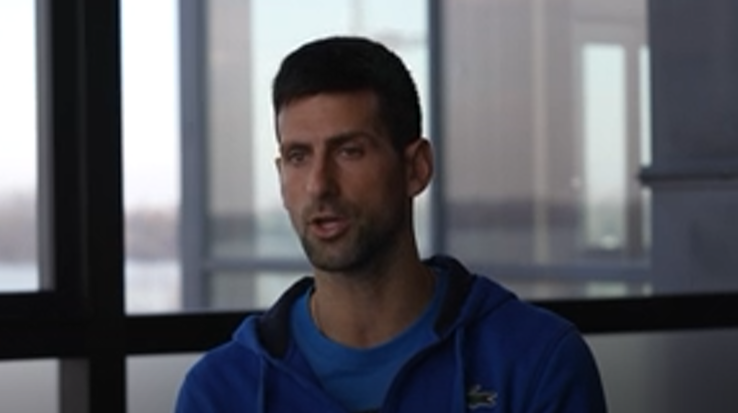 The Serb won his 21st major title with a victory at Wimbledon in July, leaving him one behind Rafael Nadal’s all-time men’s record.

But Djokovic’s decision not to be vaccinated against Covid-19 has meant he has missed opportunities this year to add to his haul.

The nine-time Australian Open champion was unable to play in Melbourne and could also be missing at the US Open, although the 35-year-old recently said he had his “fingers crossed” he will be in the draw when the Grand Slam starts on 29 August.

Can Djokovic play in the US Open?

As it stands, no.

Djokovic, who was still on the US Open entry list on Monday, has not been vaccinated against Covid-19 and since October 2021 the United States has not allowed non-vaccinated visitors to enter the country.

The US Centers for Disease Control and Prevention (CDC), which is the nation’s health protection agency, demands a non-US citizen must “show proof of being fully vaccinated against Covid-19” before travelling by air from a foreign country.

The ruling stopped Djokovic from playing ATP Masters 1000 events at Indian Wells and Miami in March and April, along with last week’s Cincinnati Open.

He was also not allowed to play at the Rogers Cup in Montreal – another Masters event that took place this month – because of Canada’s ban on unvaccinated visitors.

In February, Djokovic told the BBC “the principles of decision making on my body are more important than any title or anything else”, but added he was keeping an open mind about being vaccinated in the future.

When asked by a reporter at Wimbledon in June whether he had dismissed the option of getting a jab in order to compete in the United States, he replied: “Yes.”

Are the rules likely to change so he can play?

The CDC relaxed some of its Covid-19 restrictions on 11 August, including bringing some rules for unvaccinated US citizens into line with those who are vaccinated.

When announcing the changes, the CDC said it would also “work to align stand-alone guidance documents” in a number of areas – including travel – in the coming weeks.

The CDC’s website – on the page where the details of vaccination proof for visitors are outlined – says it is “reviewing this page to align with updated guidance”.

These factors have raised the hopes of Djokovic fans – and perhaps the player – that travel restrictions for unvaccinated visitors will be eased before the US Open begins.

Many people have questioned the scientific rationale behind not letting Djokovic enter the US, particularly since the CDC’s rules – which allow unvaccinated Americans to travel overseas – were updated.

Novak Djokovic made a decision not to get vaccinated – his choice.

Sadly, we know that the vaccine doesn't prevent the virus from spreading in any significant way.

Banning him, and others, from entering certain countries based on that decision is wrong.

I hope that he plays.

But with a week to go until the Grand Slam tournament begins, there has been no further movement and time is running out for Djokovic.

Almost 50,000 people have signed a petition asking for Djokovic to be allowed to play, with the world number six thanking fans for their support shortly after its creation.

“I am preparing as if I will be allowed to compete, while I await to hear if there is any room for me to travel to the US. Fingers crossed,” he added in a social media post on 30 July.

I just wanted to take a moment and say to all of you how grateful I am to see so many messages of support and love from all around the world these days. 🙏🏼

I wasn’t expecting it, and that’s why it feels so mindblowing. Just wanted to say THANK YOU. 🙏🏼❤️

How have we got to this stage?

Djokovic has long admitted he did not want to be vaccinated and told the BBC in February he was willing to sacrifice playing in the biggest tournaments to stick to his principles.

That came a few weeks after he was deported from Australia following a dramatic and high-profile court case about the validity of his visa to enter the country.

Asked why he did not want to be vaccinated, Djokovic said he was trying to be “in tune” with his body as much as he could be.

Djokovic said he had “always been a great student of wellness, wellbeing, health and nutrition” and his decision had been partly influenced by the positive impact factors such as changing his diet and his sleeping patterns had had on his abilities as an athlete.

But he insisted he was “never against vaccination”.

Not being vaccinated did not prevent Djokovic playing at the French Open or Wimbledon and, with most countries which host ATP events having now relaxed rules, the US Open could be one of the last events where this is an issue for the former world number one.

DISCLAIMER: The Views, Comments, Opinions, Contributions and Statements made by Readers and Contributors on this platform do not necessarily represent the views or policy of Multimedia Group Limited.
Tags:
Flushing Meadows
Novak Djokovic
US Open 2022