US shutdown: Trump angered by Democrats’ rejection of ‘compromise’

US President Donald Trump has attacked Democrats for rejecting his proposals to end the longest government shutdown in US history.

He said his plans had been dismissed before he had even presented them.

Mr Trump had offered "compromises" in exchange for funding for his security wall along the Mexican border, the issue that has caused the shutdown.

But Democrats called the proposals "unacceptable", a "non-starter" and "hostage taking".There were two main offers in an address Mr Trump made on Saturday:

What is the latest from Mr Trump?

On Twitter, he said that House Speaker Nancy Pelosi and other Democrats had "turned down my offer yesterday before I even got up to speak".

He said his opponents "don't see crime and drugs, they only see 2020 – which they are not going to win".

A second tweet appeared aimed at the conservative right, which fears the offer he made on immigration would amount to an amnesty.

He tweeted: "No. Amnesty is not part of my offer." He said he was only talking about a three-year extension and that an amnesty would "be used only on a much bigger deal, whether on immigration or something else".

Mr Trump also said he was not planning a "big push to remove 11 million plus people" in the US illegally, but added a warning to Ms Pelosi to "be careful" on that.

What did the Democrats say?

The target of Mr Trump's anger was a statement released by Ms Pelosianticipating – and rejecting – the concessions before they were made.

She said the proposals were "a non-starter" and "a compilation of several previously rejected initiatives, each of which is unacceptable and in total do not represent a good faith effort to restore certainty to people's lives".

Senator Chuck Schumer said Mr Trump had previously "single-handedly" taken away Dreamer and TPS protections and that offering some protections back was "not a compromise but more hostage taking".

The Democrats insist they will not negotiate until government is reopened.

The party took over control of the House this year, while Mr Trump's Republicans still have a majority in the Senate. The federal budget funding would have to be agreed by both.

Opinion polls suggest most Americans blame Mr Trump more than the Democrats for the shutdown.

How is the shutdown affecting unpaid workers?

Some of the 800,000 federal employees who have been going unpaid since 22 December are in increasingly dire straits as the shutdown enters its fifth week.

More than 1,500 appeals have been set up by them on crowdfunding site GoFundMe, seeking a financial lifeline to pay rent or feed and clothe their children. 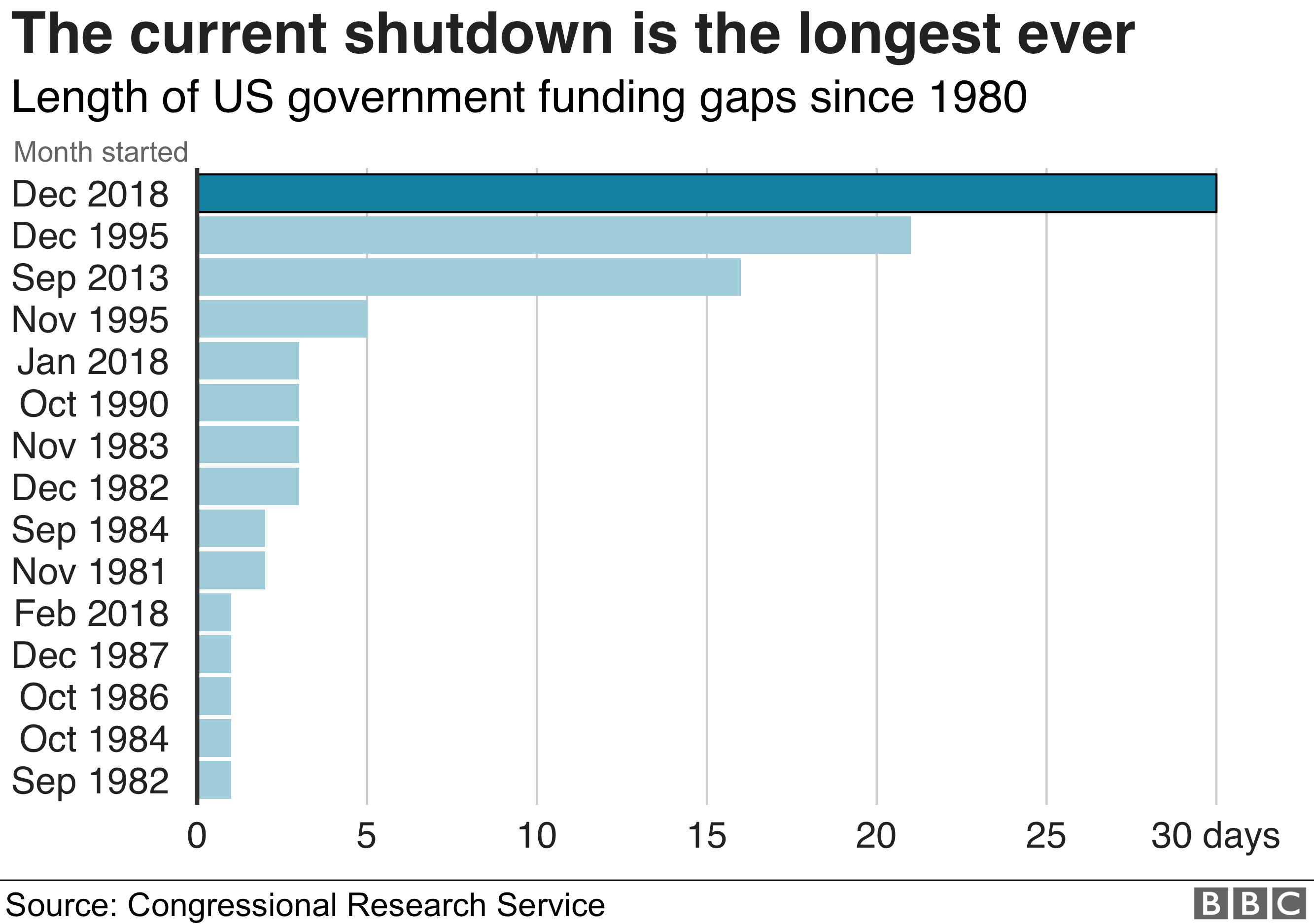