US to begin screening travellers coming from Uganda for Ebola 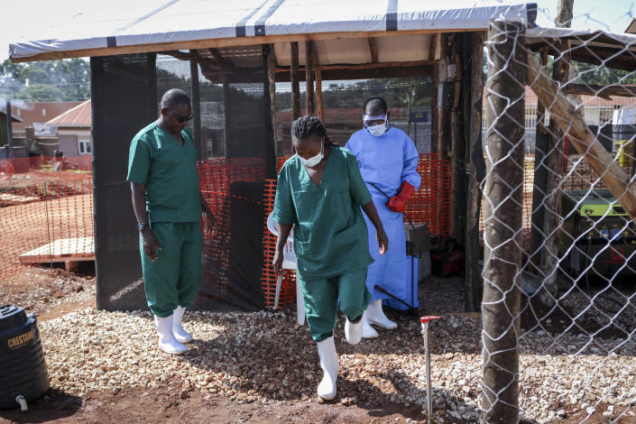 The United States will begin screening travellers coming from Uganda for Ebola as an additional precaution aimed at trying to prevent an outbreak in the African country from spreading, the Biden administration said Thursday.

There have been no Ebola cases from the outbreak reported outside Uganda, and the risk in the U.S. is considered low.

U.S. officials described the screening move as an additional precaution.

The screening applies to any passenger who was in Uganda, including U.S. citizens. It involves a temperature and symptom check conducted by the Centers for Disease Control and Prevention.

The CDC will also collect contact information that will be shared with local health departments at the travellers’ destination.

The administration says about 145 people per day enter the U.S. from Uganda, with most already arriving at the five large airline hubs. Anyone scheduled to fly into a different airport will be rebooked by their airline, the administration said.

Also Thursday, the CDC sent a health alert to doctors, urging them to get a travel history from patients who have Ebola-like symptoms.

The Ebola virus disease is mainly spread through contact with blood and other bodily fluids of an infected person who is sick or died.

Symptoms include fever, vomiting, diarrhoea, muscle pain and sometimes bleeding. There are Ebola vaccines, but not for the Sudan strain causing the current outbreak.

This marks the sixth Ebola outbreak in Uganda, but this one has escalated quickly.

As of Thursday, there have been 44 confirmed cases and 10 confirmed deaths since the first case was diagnosed on September 19.

DISCLAIMER: The Views, Comments, Opinions, Contributions and Statements made by Readers and Contributors on this platform do not necessarily represent the views or policy of Multimedia Group Limited.
Tags:
Ebola virus
Uganda
US