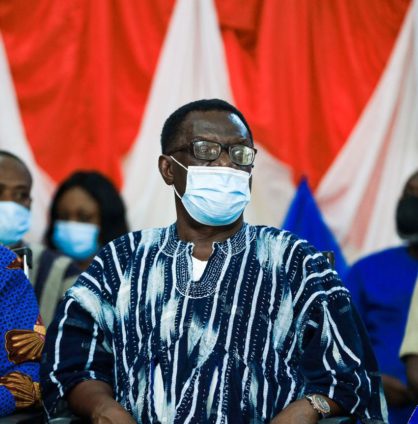 According to him, the resolution by the party to compel appointees to make financial commitments will cushion the party to generate more revenues to finance its activities.

“You see when you have a contribution from a large number of people, even GH¢1 a month can mean a lot. Assuming you have 6 million members and every member is made to pay GH¢1 every month- you bag 6 million a month,” he explained.

“There’s no party anywhere in the world where government appointees don’t regularly and periodically remit the constituency party, their regional party and the national party.

“And I think that it is important that we take that seriously here-that governments appointees, MMDCE’s, ministers of state, board members and all that at least some token,” Mr Boadu said.

But commenting on the subject Prof Ameyaw cautioned against an amount that would force the appointees into corrupt practices.

“At least if it’s 2 percent of your income, I don’t think that will get into going into corrupt practices-may be what you normally use for entertainment going out with friends, set some of them aside.. The party won’t ask for 50% that would be unrealistic.

If you feel comfortable with high percentage fine but not a percentage that would inconvenience you and that would push you into illegal ways of getting income”. He added

He also observed that in spite of the meager allowances he received as a board chair of procurement authority, he is willing to part away 2 to 3 percent of his allowance to support NPP activities.

DISCLAIMER: The Views, Comments, Opinions, Contributions and Statements made by Readers and Contributors on this platform do not necessarily represent the views or policy of Multimedia Group Limited.
Tags:
New Patriotic Party
Prof Ameyaw Akumfi