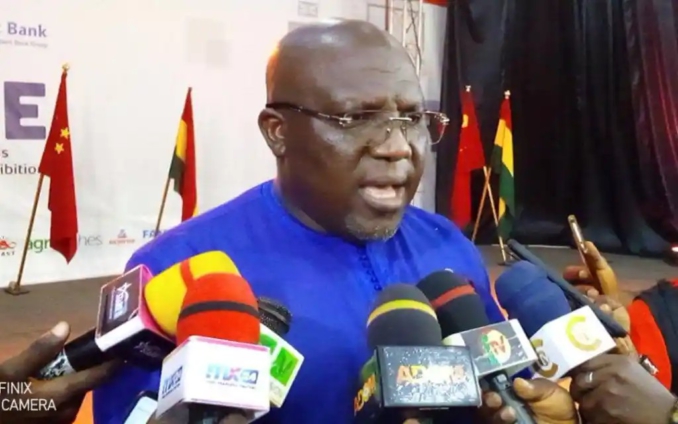 The Eastern Regional Minister, Seth Kwame Acheampong, has urged farmers to add value to their commodities to improve on their quality to suit world market standards.

According to him, adding value through branding and packaging while making quality their hallmark will expose their products to new markets.

Mr. Acheampong said this at a two-day investor conference and exhibition of agriculture products organized by Torchbearer International Agricultural Science and Technology (TIAST) at Koforidua in the Eastern region and the Eastern Regional Commodity and Satellite Market.

The initiative, according to the Minister, which began two years ago, is to promote and boost agriculture industrialization in the region.

He said “the program will revive trade in the region and also strengthen our partnership with TIAST Group, which would go a long way to boost agri-business”.

The Chairperson of TIAST in her address called on players in the agric sector to consider a review of support system to farmers to ensure the chain of food production is sustained.

According to Lisa Hao, despite the sector being the backbone of Ghana and Africa’s economy, and a higher contributor to the country’s Gross Domestic Product (GDP), it faces challenges with value addition which is very critical on the world market.

The Conference was under the theme: “Achieving Agricultural Industrialization through the Eastern Commodity Satellite Market, Financial and Technical Support from TIAST “.

For her part, the Director of Business Development at TIAST- Ghana, Priscilla Fiati, noted that but for financial constraints, farmers in the region were doing tremendously well in the agriculture sector.

“That is why we collaborated and signed MoU with the Eastern Regional Coordinating Council (ERCC) to see how possibly best we can assist the farmers to get them those modern equipment to be used to run their farms so that together we can achieve the agriculture industrialization agenda in the Eastern Region and beyond,” she added.

The Eastern Regional Director of Agriculture, Henry Kobina Crentsil Jnr. called on regulatory bodies responsible for agriculture products including the Ghana Standards Authority and the FDA to fasttrack certification products as part of efforts to encourage more innovation.

DISCLAIMER: The Views, Comments, Opinions, Contributions and Statements made by Readers and Contributors on this platform do not necessarily represent the views or policy of Multimedia Group Limited.
Tags:
Agriculture
Eastern Region
Value addition