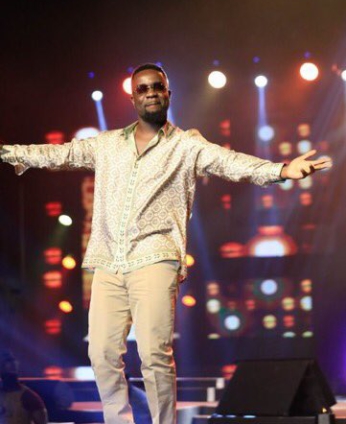 The night of glitz and glam to honour the efforts of Ghanaian artistes left music fanatics in awe.

Artistes who had the opportunity to mount the stage to perform for the 22nd edition of the Vodafone Ghana Music Awards experience included Joe Mettle, Diana Hamilton, Dr. Drew, Eno Barony, KiDi, Efya, Kwesi Arthur, Adina, Sarkodie among others.

Indeed many are called but few are chosen. Some performances that stood out for the night, Saturday, June 26, were those of Dr. Drew, KiDi, Sarkodie, Eno Barony and Efya.

Starting with Dr. Drew, the Highly Spiritual signee dazzled his audience with great sounds and as well as moves out of the world. From head to toe, the “E Choke” hitmaker portrayed some Michael Jackson moves and for others on social media, the spirit of Chris Brown was felt.

The zombie concept he employed was well received by many on social media. He won Best New Artiste of the year.

Mr Drew’s intro is one for the ages #VGMA22 pic.twitter.com/IhPWxVfUlp

Rocking the stage with his “Touch it” track, KiDi set the roof on fire. From start to finish, he delivered by rendering some of his popular tracks including “Send me nudes”. What left scores on Twitter astonished was his determination to perform in a firework display.

The Golden Boy, KiDi starts his #VGMA22 performance with Send Me Nudes pic.twitter.com/2fhaCOCcnC

Rapaholic Sarkodie for many will remain King Sark. His presence alone to pay tribute to Castro changed the atmopshere of the performance. He managed to get everyone standing to groove to his rhythmic raps and punches.

King sark all the way 😂😂😂 pic.twitter.com/F6tTOayoIy

Everybody stood up when Sarkodie entered the stage.. King Sark 👑🔥🔥🔥

The female rapper Eno Barony also had some tricks up her sleeves. Clad in white, she brought out her A class game. Her flow, tempo and lyrics were unmatched. It is not surpirsing she is the first ever female to win the Best Rap Performance award.

@eno_barony performances as the best of the night. No 🧢 #VGMA22

Wow.."Chale girl Taya". Eno Barony was and is still a pillar when it comes to Rap in Africa.. Awards doesn't confirm whether you Taya or Taya-not.

Last but not least is Efya. The sensational singer broke the stage with her “One of your own” track that features Bisa K’dei. She did not carry out her splendid performance on her own, but with a group of choristers who provided renditions of her favorite tracks.

Queen of the stage @EFYA_Nokturnal never disappoints 🔥. She understood the assignment 🔥💃#VGMA22 pic.twitter.com/iUCNB034TJ

Her comeback for some social media users was a spectacular one that deserves accolades.

@EFYA_Nokturnal she’s the definition of performance excellence. She’s a delight to watch and listen to.

DISCLAIMER: The Views, Comments, Opinions, Contributions and Statements made by Readers and Contributors on this platform do not necessarily represent the views or policy of Multimedia Group Limited.
Tags:
Dr Drew
Efya
KiDi
Sarkodie
VGMA22