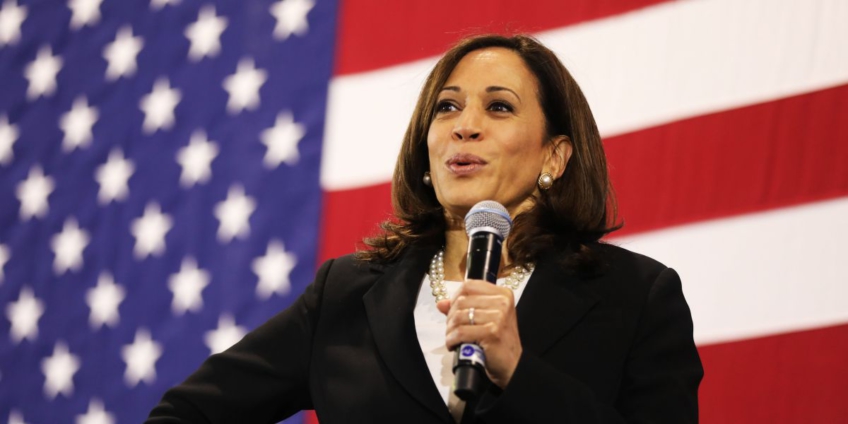 Vice President Kamala Harris tested positive for Covid-19 on Tuesday after returning from a weeklong trip to California, the White House announced.

Allen added, “She has not been a close contact to the President or First Lady due to their respective recent travel schedules. She will follow CDC guidelines and the advice of her physicians. The Vice President will return to the White House when she tests negative.”

Harris had been scheduled to receive her intelligence briefing at 10:15 am ET Tuesday at the White House alongside President Joe Biden, according to daily guidance sent to reporters Monday evening.

She did not participate in any events or meetings at the White House on Tuesday, according to a White House official.

Harris arrived at the White House Tuesday morning, a White House official told CNN, and went straight to take a test. After testing positive on both PCR and rapid tests, she returned home to her residence at the Naval Observatory, where she will be isolating.

Separately, an official said Harris last saw Biden at the Easter Egg Roll on April 18. She left Washington for California that afternoon and didn’t return until Monday night.

While in California, she held events on portfolio issues last week. Harris held no public events over the weekend before returning to the nation’s capital.

One official said Harris tested negative through her “regular” testing up until Tuesday.

Harris completed her two-dose regimen of the Moderna Covid-19 vaccine in January 2021. She received her first booster dose in late October and a second booster vaccine on April 1.

The vice president’s positive Covid-19 test comes as the US has largely lifted most of its Covid-19 mitigation measures after the Omicron variant spike over the winter.

In accordance with federal public health guidelines, officials and visitors have not been required to wear masks or socially distance at large White House events.

Covid cases in Washington have declined since their peak in early January, when the country was facing a wave of Omicron variant cases, but have been rising recently.

Though the White House has continued to hold crowded indoor events where masks are optional and officials have forgone masks in public, the administration has said they are going beyond federal guidelines to detect Covid-19 in the building. There’s mandatory testing for those who come into contact with Biden and social distancing during meetings, at least when it’s possible.

The White House is not considering returning to pandemic-era restrictions, according to White House press secretary Jen Psaki.

“We are continuing to implement the return-to-work policy and feel we have the measures necessary to do that,” she said.

Covid-19 has also been making the rounds among White House staff and among the Washington elite recently.

Following the Gridiron Club Dinner, an annual event with members of the press and prominent Washington officials that was held in early April, dozens of attendees tested positive, including two Cabinet members and Harris’ communication director, Jamal Simmons.

He was considered to be a close contact of the vice president. Harris was criticized in the wake of that close contact for her seeming disregard of US Centers for Disease Control and Prevention masking guidance for those who were exposed to Covid-19, as she did not wear a mask during the Supreme Court confirmation vote for Judge Ketanji Brown Jackson.

And on Tuesday, Democratic Sens. Chris Murphy of Connecticut and Ron Wyden of Oregon both announced they had tested positive as well.