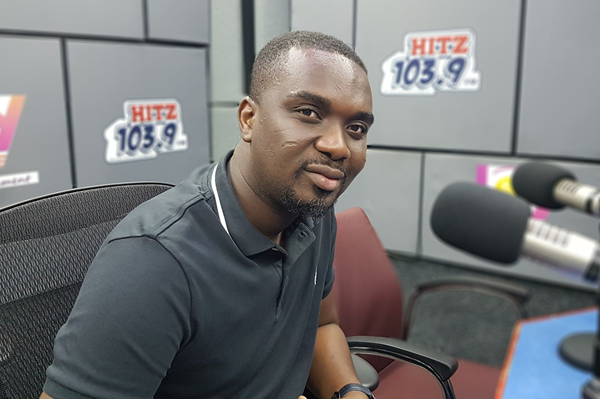 Gospel Singer Joe Mettle has revealed gospel musicians need to focus on the business aspect of their work to create quality music.

Speaking on Daybreak Hitz on Hitz FM, the singer said, even though Gospel musicians are meant to use their works to win souls for God, how else will the person be able to do good music if there is no money to fuel it?”

Joe Mettle stated he believes in producing good music that can stand the test of time and touch the hearts of people which one needs money to do.

“If you do quality work it goes far when it goes far. It attracts people into the ministry and also more people patronise,” he explained.

In 2017, singer Ohemaa Mercy speaking on the Cosmopolitan Mix on Joy FM advised gospel acts to focus more on the music than making money.

She said it would be better if gospel artistes always listen to God and be conscious about gospel music work than focus on money.

However, Joe Mettle told KMJ, “we are focusing on what God has called us to do by seeking the kingdom and all other things, the money and business is part of the other things.”

He revealed he puts earnings from selling his music back into promoting his career and ministry.

The “My Everything” singer stated he wants to his music to be relevant decades from now “I should listen to the music, watch the video and still feel proud that I put much into it.”

He stated because he knows producing good music is expensive, he created his own live recording studio.

“It helps to keep it going and the money I make goes back into recording sessions,” he added.

Joe Mettle said as a gospel singer he believes in also following the spirit (of God) when working “the spirit is good, you add that but the song needs to be of good quality too.”

Joe Mettle stated people are allowed to criticise but the artistes cannot please everybody, saying it is enough “once I know in my heart that I am doing what God has called me to do and God is pleased with it.”

He told KMJ the fact that critics do not see Gospel artistes win souls does not mean they are not winning souls “its not everything, we put out there.”