Video: "If I don't kill your sister then I am fake"- Pastor who murdered wife threatened her family - MyJoyOnline.com

Video: “If I don’t kill your sister then I am fake”- Pastor who murdered wife threatened her family 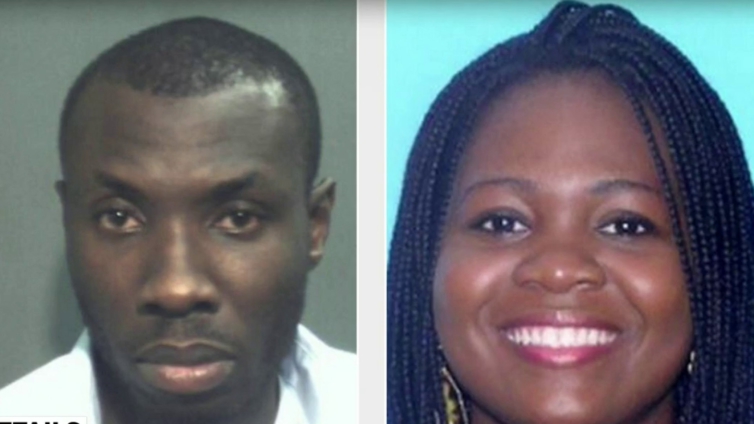 Another video of Sylvester Ofori and Barbara Tommey has emerged on the internet.

Unlike the first which showed a loving couple during their wedding ceremony, this video reveals the abuse and death threats Barbara received from her estranged husband.

From the video, Barbara and her siblings had gone to her marital home to retrieve some documents.

However, the peaceable mission turned violent after, Sylvester had attacked Barbara in the process even in the presence of her siblings.

Her enraged brother had stepped in and restrained Ofori from doing any more harm to Barbara, keeping him away from her the whole time.

Barbara was told to report the matter to the police, but she refused, saying she didn’t want to “escalate the issue” any further.

Unfortunately, a few days later, Sylvester carried out his threat when he shot and killed Barbara Tommey several times in front of her place of work.

The heinous crime was recorded on surveillance cameras on the building.

Sylvester is currently in police custody and is facing charges of first degree murder.