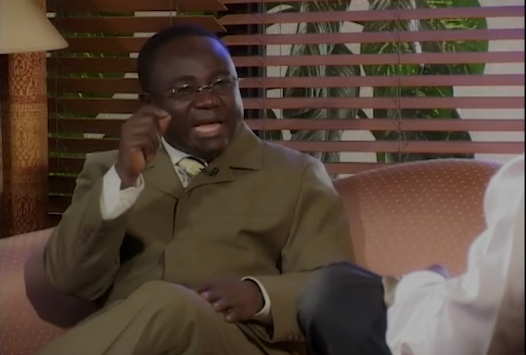 The video, taken from TV show ‘Time with David’ in 2007, was an interview with host, David Ampofo.

Adjei is asked what punishment should be meted out to those who steal government money.

In response, the now embattled, suspended CEO of PPA says they will be taken to court and jailed.

“This time around, the judges are going to have it a lot easier in sending people to jail,” he said.

Adjenim Boateng Adjei has been suspended by President Akufo-Addo after a documentary by freelance investigative journalist, Manasseh Azure Awuni cited him for conflict of interest and procurement breaches.