VLK Djokoto: Government on the ropes 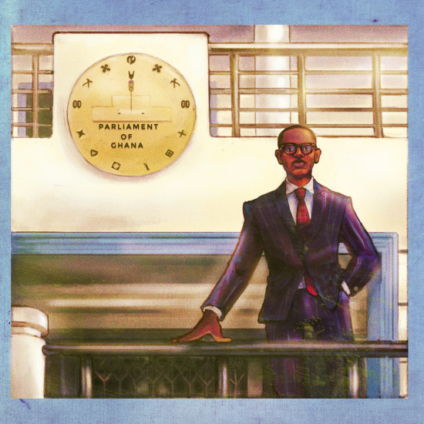 The first of April should be an annual holiday dedicated to citizens as a reminder of what our government does to us for the other 364 days of the year, especially when the President takes his whole Republic for a vast practical joke. Our happiness, as citizens of this Republic, is no laughing matter.

Politics in Ghana, as it stands, is about seducing electorates long enough to earn their vote; the only one real objective is to have the Ghanaian citizen in the condition of continually voting every four years. Nothing else matters! And apparently, the average Ghanaian voter never makes the same mistake once.

The government would be highly beneficial if they really acted to their professed character; but whatever might have been the essence of their election, they’re now utterly worthless. The Republic has become a great cesspool into which all the citizens are irresistibly drained.

If you can’t lead, do not put your face on the ballot paper. There is no doubt that the President knows the way but he cannot drive the car. It isn’t that he is ignorant; it is that he knows so much that isn’t so. And in the end, progress is accomplished by the man who does things, not one who merely talks about doing things.

We are all inclined to judge this government by their acts and not their ideals. The present administration was supposed to bring an improvement to the quality of public administration, yet it has demonstrated that, indeed, there are some remedies worse than the problem itself. As for the political establishment, we are seeking to overcome it. The Parliament of Ghana has become a group of people who can do nothing, but collectively meet and decide nothing can be done.

The bank-cleaning exercise was a systematic method of coming to the wrong conclusion with confidence.  Today, our banking sector is so messed up that if the bank returns your cheque marked ‘Insufficient Funds’, you have to call them and ask if they mean you or them. Our budget tells us what we can afford. But it doesn’t stop us from spending. We talk about fiscal discipline yet we’re only economical with the truth.

I think Ghana will reach economic independence, and I would like to see it happen in my lifetime. The power of Ghana lies in our resources and our resources are like a safe to which there is a combination. The combination, however, is locked up in the safe. The combination is ‘Citizens’. The political tradition of Pan-African thought, filtered in Ghana by Osagyefo Kwame Nkrumah, says one thing clearly: every revolution needs mass support, the bigger the responsibility, the more numbers needed. So, let us connect, communicate and collaborate for our common good. Coming together is a beginning; keeping together is progress; working together is success.

At the innermost core of my service as a social activist is a powerful yearning to change society for the better. Regardless of our shortcomings, I know no Republic more elevating, more amazing, readier to poetical enthusiasm and the philosophical reflection of our independence era, and freer than Ghana. Where else can we meet such variety, such beauty, such magnificence.