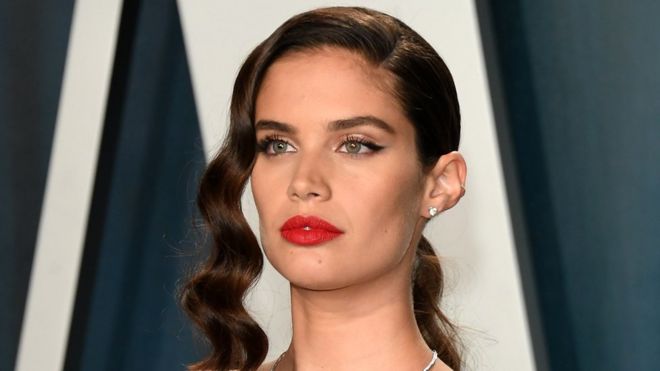 Vogue Portugal has responded to criticism over its depiction of mental health treatment on a recent magazine cover saying its aim was to “shine a light” on the important issue.

The “Madness Issue” features a woman in a bathtub in a hospital setting with a nurse pouring water over her head.

Mental health experts and sufferers said the cover depicted a “dystopian” and “outdated” idea of treatment.

Vogue Portugal said the image was intended to “start a discussion”.

“The cover story explores the historical context of mental health and is designed to reflect real life and authentic stories,” the publisher said in a statement posted on Twitter on Saturday.

“Inside the issue features interviews and contributions from psychiatrists, sociologists, psychologists and other experts,” the statement added.

The woman featured in the bathtub, Slovak model Simona Kirchnerova, wrote in an Instagram post on Friday that it was a “career highlight” because those stood either side of her were family members.

“Made it to Vogue cover with my mum and my grandma,” she wrote.

But London-based clinical psychologist Katerina Alexandraki told the BBC that she considered the cover to be “unethical”.

“For those with experience of the psychiatric system, seeing a fashion magazine cover presenting a woman in such a vulnerable state can be a reminder of a very challenging time in their lives,” she said.

“This image reinforces the idea of women being vulnerable and helpless during a mental health breakdown. It does not show us the effort those with mental health put into overcoming their struggles, their strengths and resistance to overcome adversity,” she added.

Portuguese model Sara Sampaio said images like the one portrayed on the Vogue Portugal cover “should not be representing the conversation about mental health”.

Ms Sampaio, who said she had suffered with mental health issues herself, said she considered it “very bad taste”.

“It looks like it’s in a [outdated] mental hospital” that used to “torture” patients, she said in a video posted on social media.

She added that it comes at a particularly sensitive time “because of Covid and the way that mental health has been dealt with” while many people have been isolated or directly affected by the deadly coronavirus pandemic.

Writer and mental health awareness advocate Poorna Bell, whose husband took his life 2015, wrote about her disapproval on Twitter using an expletive, preceded by: “On behalf of anyone who has ever been in a psychiatric hospital or had a loved one who has been in one.”

“The thing is knowing how painfully slow the process is to get anything signed off on a magazine, this will have been seen and approved by many, many eyeballs,” she added.

A psychotherapist based in Lisbon, Silvia Baptista, said the cover was “everything the mental health conversation doesn’t need”.

“These nurses, this patient, what is this? What is this uninformed and disrespectful ensemble?” she wrote on Instagram, adding that it was wrong to “glamorise” mental illness.

Vogue Portugal ended its statement saying that it recognised the “significance of the topic of mental health”.

“Our intention, through visual storytelling, is to shine a light on the important issues of today,” it said.

DISCLAIMER: The Views, Comments, Opinions, Contributions and Statements made by Readers and Contributors on this platform do not necessarily represent the views or policy of Multimedia Group Limited.
Tags:
Magazines
Mental Health
Vogue