VRA assures of more power by end of February 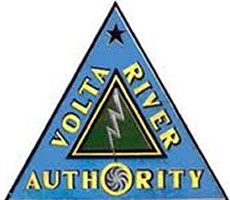 The Volta River Authority (VRA) has assured the nation that the Takoradi Thermal Plant 3 (T3) with an installed capacity of 132 MW would be fully operational by the end of February.

The corporation said currently the contractor of the project is undertaking a test run of the facility to ensure that it meets the requirement specifications set out by the government in the contractual agreement.

The VRA said even though the 132 MW capacity plant would help to augment current energy generation, the resumption of gas from West African Gas Pipeline to fire other plants would help stabilise the situation and provide energy reserve.

Mr Sam Kwesi Fletcher, Head of the Corporate Communication of the VRA made the comment during a tour by journalists to the Takoradi Thermal Power Station (TTPS) at Aboadze.

The tour was to enable the media personnel understand the operations of the VRA at TTPS and be able to report correctly the current energy situation with respect to demand and supply imbalances.

The TTPS comprises three thermal power generating facilities with two wholly owned by the VRA while Takoradi International Company (TICO), which is a joint venture between the VRA and the Abu Dhabi National Energy Company owns the remaining one.

Mr Fletcher expressed the need for energy conservation in the country, saying it is the way to go for the future.

He said energy preservation would go a long way to stabilise the system, reduce the tariffs of consumers as well as have more energy for export.

He said the VRA is also undertaking other projects including the construction of the Kpone Thermal Power Plant with 220MW and the TICO Plant at Takoradi (Combine Cycle) with 110MW are expected to be completed between 2013 and 2014.

He said the current situation where the nation is playing ostrich to the issue of electricity tariffs is going nowhere since sooner or later the whole country would be confronted with the subject once again.

Nana Adjei said it is about time the nation faced the issue head on to be able to bring the required investments to ensure stable and reliable electricity supply for the country.

Mr Richard Badger, Director, Thermal Generation at TTPS said it was cheaper, cleaner and cost effective to use natural gas to generate electricity than using crude and diesel.

He said using natural gas also help to stretch the maintenance intervals of the plants and reduce cost.

Mr Badger said currently the VRA spends about $2.6 million a day to import crude to fire the thermal plants to generate power from Aboadze.