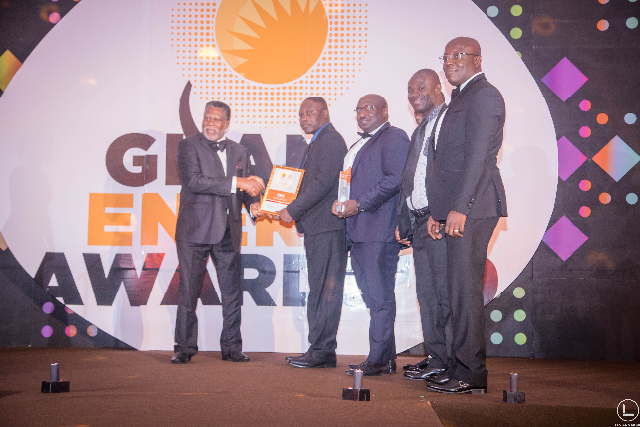 The Volta River Authority (VRA) has emerged winner in two prestigious categories in the 3rd edition of the Ghana Energy Awards in Accra, winning the Clean Energy Initiative of the Year and the Innovation Project of the Year.

These categories recognised conscious and pragmatic efforts by organisations to increase their climate friendliness through the adoption of renewable energy technologies and also consider projects that have significant community impact and help to improve the lives of members while reducing environmental harm and other challenges.

VRA won the category of Clean Energy Initiative with its Electro Volta House Cafeteria Rooftop Solar Project while it taking the Innovation Project of the Year award with its Climate Smart Stoves.

Thus, the Authority took the first step in its plans to deploy on a large scale about 200 MW of RE generations by 2025, with the commissioning of its first Rooftop Solar Photovoltaic (PV) Project at its Head Office, the Electro Volta House (EVH), in Accra. The EVH PV system has an installed capacity of 79.22kWp and is estimated to reduce electricity consumption from the grid by 9.5 per cent.

The Electro Volta House consumes around 1,246.36 MWh of electricity per year. The rooftop system estimated generation of 120 MWh per annum would provide around 9.5 per cent of the electricity consumed by the building.

The EV House Cafeteria Rooftop Solar Project covers an area of 716m2 with 233 poly-crystalline modules. It has a PV-module and inverter capacities of 340Wp and 50kW respectively and an installed capacity of 79.22kWp.

Also, as part of the VRA’s agenda to ensure development in a sustainable manner, it introduced the Climate Smart Stoves Initiative to minimise the harvesting and utilisation of trees within VRA plantations by the riparian communities.

In effect, VRA, by the end of 2018, had constructed 300 cook stoves for the riparian communities. The Climate Smart Stoves, according to the CSIR, have efficiency in terms of fuel wood savings of 51 per cent and processing rate of 76 per cent and thus, this performance meets the international requirement of a minimum of 40 per cent fuel saving.

The Authority, thus, received the well-deserved recognition for this initiative by winning the Innovation Project of the Year.