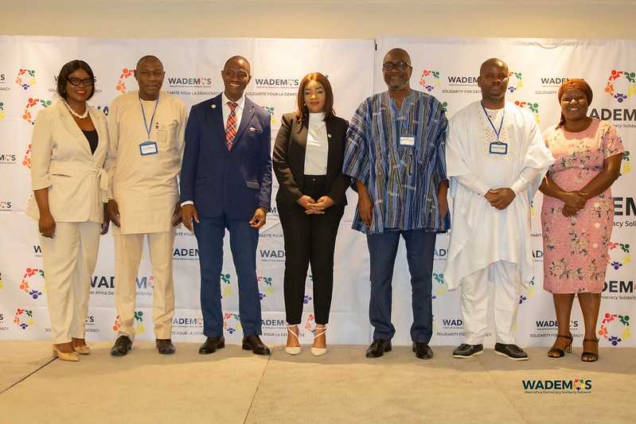 The West Africa Democracy Solidarity (WADEMOS) Network, will embark on a 3-day solidarity mission to Nigeria, from January 25-27, 2023, ahead of its February 25 national elections.. This will be the sixth consecutive presidential elections since the country’s return to multiparty democracy in 1999.

The WADEMOS Network is a non-partisan, independent civil society-led transnational democracy solidarity network. The Network consists of over 35 civil society organizations (CSOs) located in all 15 countries in West Africa, with the Secretariat based in Accra, Ghana, and housed at the Ghana Center for Democratic Development (CDD-Ghana).

While in Nigeria, the WADEMOS delegation is expected to meet and interact with the ECOWAS Commission in Abuja, Nigeria, and engage the Independent Electoral Commission of Nigeria (INEC), on the preparations for the national elections.

In addition, the Network is scheduled to hold deliberations with other stakeholders, including the Nigeria Peace Council, political parties, civil society organizations, and the media. “The purpose of the visit is to interact with various stakeholders on issues confronting the sub-region and the implication of the upcoming Nigerian elections on strengthening democracy in the region. As a transnational civil society led organization, it is important to have first-hand information from the people involved in the processes,” Professor Prempeh, WADEMOS Project Director, stated.

The WADEMOS Network delegation would include representatives from the West Africa Election Observation Network (WAEON), the Rencontre Africaine pour la Defense des Droits de l’Homme (African Meeting for the Defense of Human Rights—RADDHO) in Senegal, the West Africa Network for Peacebuilding (WANEP), the Institute for Research and Democratic Development (IREDD) in Liberia, AFLED in Mali, and the National Elections Watch (NEW) in Sierra Leone.

Being Africa’s most populous nation and largest economy, the outcome of the 2023 presidential election will have a significant impact on the future political and economic direction of the country, and the West African sub-region at large.

“We aim to solidarize with civil society, particularly the WADEMOS Members in Nigeria, namely, Yiaga Africa, Center for Democracy and Development-West Africa (CDD-West Africa), Women in Politics Forum (WIPF), and the Transition Monitoring Group (TMG) around their planned activities for the 2022 Nigerian general elections and also to strengthen cooperation among pro-democracy actors involved in the elections,” the WADEMOS Network Coordinator, Kop’ep Dabugat, noted.

“As we advocate for free, fair, peaceful and transparent elections, we will also observe various aspects of the elections in relation to the current context of democratic backsliding in West Africa. We have noted the high level of enthusiasm, especially among the youth, ahead of the February 2023 elections, and we hope that civic education activities intensify in order to promote informed and active citizen participation in the democratic process”, the Network Coordinator disclosed.

In furtherance of our agenda to regionalize all national elections in the sub-region, WADEMOS will also be sharing solidarity messages from democracy champions, creatives, and leaders of civil society organizations from across West Africa with the stakeholders in Nigeria and via various social media platforms.

DISCLAIMER: The Views, Comments, Opinions, Contributions and Statements made by Readers and Contributors on this platform do not necessarily represent the views or policy of Multimedia Group Limited.
Tags:
Nigeria elections
WADEMOS Network