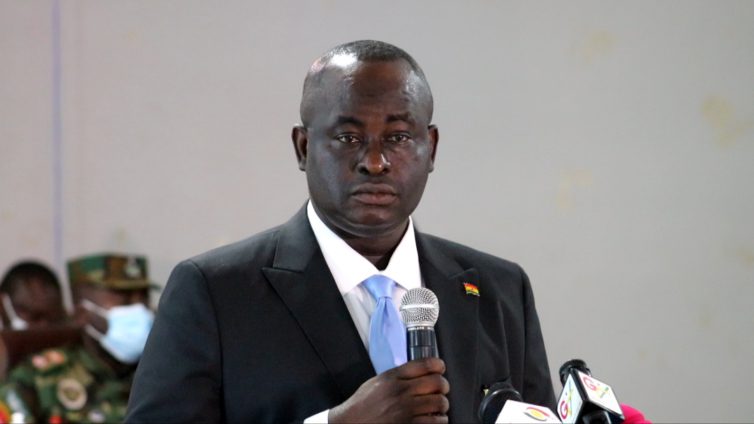 The Upper West Regional Minister says the security agencies in the region are not leaving any stone unturned in their bid to arrest the perpetrators of suspected ritual murders in the Wa municipality.

Dr Hafiz Bin Salih said they are closing in on the prime suspects, adding that they will soon be arrested and made to face justice.

Speaking at the 45th-anniversary launch of the T.I. Ahmadiyya Muslim Basic School in Wa over the weekend, Dr Bin Salih stated that all necessary actions would be taken to bring the culprits to book.

Currently, 18 suspects have been arrested.

“In spite of the recent happenings in the Municipality [and] the unfortunate situation that occurred, the security agencies are on top of the issues. Believe me, sooner than later we would catch the perpetrators of this act.

“We are picking feed… once we are satisfied with what we have gathered, the needed action shall be taken,” he stressed.

The Upper West Region has recorded numerous cases of violence, robbery and mob action, among others.

This worrying trend has raised concerns among many residents and non-residents alike.

Following these circumstances, the Regional Security Council announced new strategies and measures to help deal with the situation.

It said the number of murder cases and the disappearance of people have put it on high alert to engage stakeholders over how to end it as soon as possible.

“While investigations on these worrying incidents are ongoing, the Upper West Regional Security Council has authorised increased cooperation and collaboration among the intelligence agencies and seeks to deepen engagement with inhabitants within the municipality in line with contemporary security practices.

“Hence, we are calling on all people to be more observant and vigilant and to draw the attention of the police, other security agencies and local community leaders immediate they observe anything out of the ordinary,” the statement signed by the Regional Minister, Dr Hafiz Salih, directed.

A security analyst, Adib Saani, has warned that the recent insecurity situation in the Upper West region of Ghana could be a disincentive for investors who may be interested in investing in the region.

The expert has, therefore, cautioned government to take immediate measures to ensure that there is lasting peace, security and stability in the Upper West Region.

He noted that major players in the mining industry, in particular, who have already invested heavily in the region, as well as those who may be planning to invest in the region, may be discouraged if the situation persists.

“Government intervention is much required now to resolve this issue,” he said.

DISCLAIMER: The Views, Comments, Opinions, Contributions and Statements made by Readers and Contributors on this platform do not necessarily represent the views or policy of Multimedia Group Limited.
Tags:
Crime
Dr Hafiz Bin Salih
Murder
Upper West Region
Wa Municipality