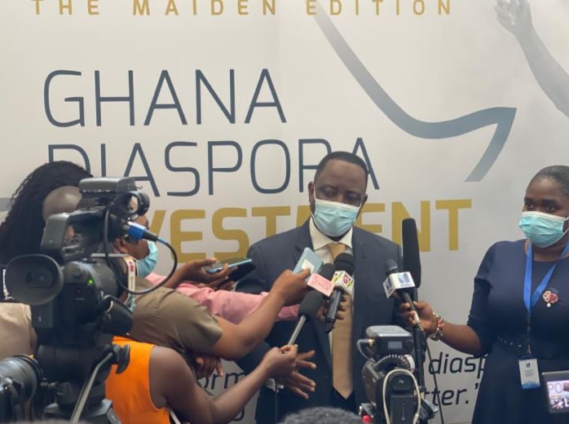 The successful operations of KGL Group and its subsidiary companies, KGL Technology Limited, KEED and KGL Foundation, are set to contribute to the national economy at an expected cumulative value in excess of ¢100 million per annum.

KGL Group has contributed significantly to revenue growth and capacity development across its operations in the lottery industry, collaborations with the Ministry of Youth and Sports, Ghana Football Association and social intervention programmes under its CSR wing, the KGL Foundation.

The Group is set to continue its value creation drive across its ecosystem of strategic partners and envisaged a total value of ¢100 million per annum to be committed.

The key levers to guide the allocation of funds by KGL Group in concert with strategic partners and to the national economy are growth in the contribution of corporate taxes and other taxes to the Ghana Revenue Authority (GRA).

The company has delivered value within the lottery industry from, Digital lotto marketer licensing and operational fees to the National Lottery Authority (NLA) in accordance with the ongoing review of license and operational terms and conditions for KGL Technology Limited.

A statement by management of NLA and copied to the Ghana News Agency in Accra mentioned other areas as payments to the Stabilization Fund.

It has also undertaken Corporate Social Responsibility activities in the areas of education, healthcare delivery, sports development, culture, and tourism and growing investments in the media ecosystem and the entire value chain of marketing and advertising.

“In the case of the lottery industry, this announcement is singularly one of the most profitable agreements the National Lottery Authority (NLA) has brokered considering zero investment made by the Authority towards infrastructure set up and operations of KGL Technology encompassing setting up the entire architecture to run digital lottery operations on the *959# Short Code and 5/90 mobile App under consumer brand name 590Mobile by KGL’s KEED subsidiary.

“To put this in context, NLA will need to generate over ¢450 million volume of gross sales at Point-of-Sale Terminals per annum for the Authority to be able to accumulate a net profit of ¢50 million which will now be delivered at no cost by KGL Technology to the Authority pursuant to reviewed agreement.

“This makes the current terms of the agreement between KGL Technology Limited and the NLA under review by the current Board definitely a game-changer for the revenue mobilisation efforts of the National Lottery Authority (NLA), Lotto Marketing Companies, and government as a whole.”

The statement said KGL Technology Limited since its inception had contributed significantly to the fortunes of the NLA and the national economy.

“In the area of sports development, the KGL Group has also partnered the Ministry of Youth and Sports, the Ghana Football Association, and the Senior National Team, the Black Stars ahead of the AFCON and 2022 World Cup Campaigns. Besides this collaborative project, KGL Group recently also committed significant financial resources to the Ghana Football Association for the development of Juvenile Football for a strategic period of 5 years.

“KGL Group through its KGL Foundation has equally supported several Charity Organisations, Cultural and social-economic activities across the country.”

It said KGL Technology Limited had at all material times honoured its tax obligations to the Ghana Revenue Authority (GRA) and government of Ghana and as a responsible corporate citizen, KGL Technology Limited reiterates its full commitment to the revenue mobilization efforts of the National Lottery Authority (NLA) and Government of Ghana, thereby contributing significantly to the Nation’s development agenda.

DISCLAIMER: The Views, Comments, Opinions, Contributions and Statements made by Readers and Contributors on this platform do not necessarily represent the views or policy of Multimedia Group Limited.
Tags:
Black Stars
Ghana
KGL Technology Limited