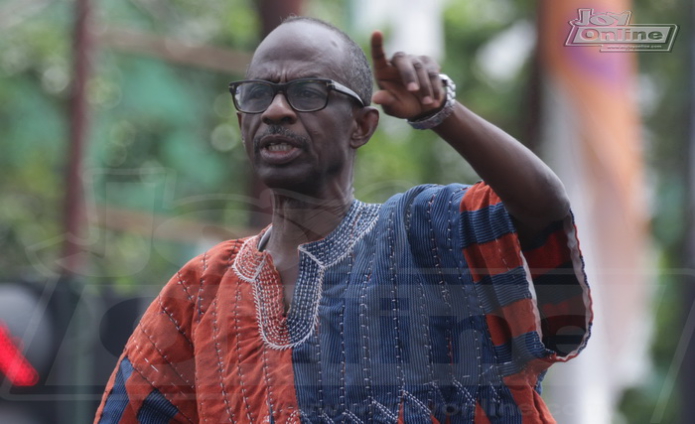 Deputy Minority Whip, Ahmed Ibrahim has said his side will elect former General Secretary, Johnson Asiedu Nketia as the National Chairman of the party in the upcoming delegates congress.

“We are going to elect Asiedu Nketia as the National Chairman. He will come with the old NDC strategy where we go all play all. We are not going to sit in Accra in our offices doing our business, waiting for the flagbearer to come and lose. President Mahama must win 2024. And the person to lead President Mahama to win 2024 is Asiedu Nketia, as the leader of the party,” he said.

The Deputy Minority Whip stirred controversy by alleging that the NPP are campaigning for and financing Samuel Ofosu-Ampofo who is seeking to retain his seat despite fierce opposition from Asiedu Nketia.

Mr Ibrahim stated that the New Patriotic Party is afraid of what an NDC led by ‘General Mosquito’ will do in 2024.

The Minority Whip stated that the Minority Caucus in Parliament are overwhelmingly behind Johnson Asiedu Nketia.

”Out of the 137, Ofosu Ampofo has only 9. They’re 9 and we have their names. They have created a platform and they’re only 9. If out of 137 you have created a platform and you have only 9 MPs on it, it presupposes that you don’t have the numbers here. As at this morning, they collapsed it. Asiedu Nketiah has already won. Out of 137 you have only 9 members. 137 minus 9, look at the numbers that are rooting for Asiedu Nketia,” he added.

Mr. Ibrahim asserted that the grassroots and the NDC MPs “need power” and that anyone who needs power is in support of Asiedu Nketia.

According to him, Johnson Asiedu Nketia has helped the NDC party in winning many seats in various regions compared to the incumbent national chairman of the party.

The National Democratic Congress is set to hold its delegates congress on December 17. The party is seeking to elect a formidable national executive who would lead the party to wrestle power from the NPP in the 2024 general elections.

DISCLAIMER: The Views, Comments, Opinions, Contributions and Statements made by Readers and Contributors on this platform do not necessarily represent the views or policy of Multimedia Group Limited.
Tags:
Ahmed Ibrahim
Asiedu Nketia
NDC