We are ready for any possible flooding – NADMO 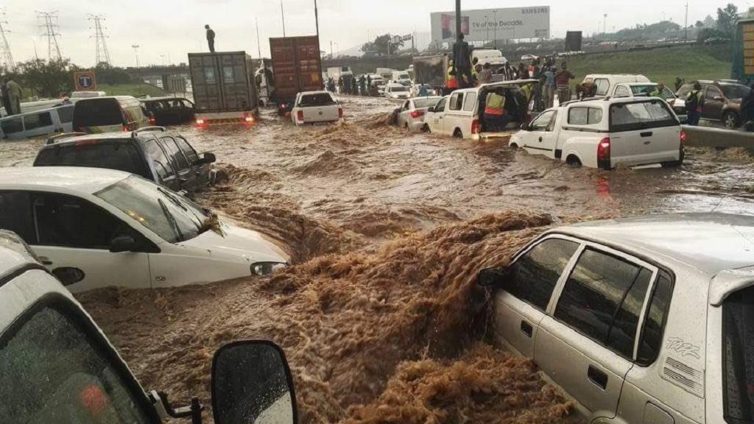 The Communication Director at National Disaster Management Organisation (NADMO), says the Organisation is prepared for any possible flooding across the country.

Speaking on JoyNews’ The Pulse on Friday, George Ayisi said NADMO is ready to send families to safety when they are affected by the floods.

“I spoke about a certain rescue team being ready, operation team are on standby. When they need us, we will be able to go immediately to assist people and help them to safety,” he said.

He also noted the NADMO is sensitizing people on how to deal with flooding.

He also advised parents to keep their children away from flooded areas. This, he said is because flood has the power to pull anybody away.

Commenting on the flooding in some coastal areas this week, he stated that NADMO has obtained some relief for the people of Shama and Sege, adding that the Organisation is going to follow up on that.

On Wednesday, the Head of the Central Analysis and Forecasting Office at the Ghana Meteorological Agency, Felicity Ahafianyo, announced that thunderstorms and lightning are expected across the country.

She said that the expected thunderstorm will likely have a thunderclap, reduced visibility, and damaging wind, affecting weak structures and dead branches on trees.

Speaking in an interview on Joy FM’s Midday News, she explained that the storms witnessed in parts of the country on Wednesday are “rainstorms that usually affect us from March to May.”

Meanwhile, some areas in Accra have been flooded after a heavy rainfall on Friday, April 8.

The one-hour heavy rainfall obstructed the flow of vehicular traffic on the Weija Barrier – West Hills Mall stretch of the Kasoa Highway, Central Business District, Sahara and Odawna, among other areas.

While many commuters parked their cars for the rain to subside, others have been carefully driving through the flood which has covered most part of the road.