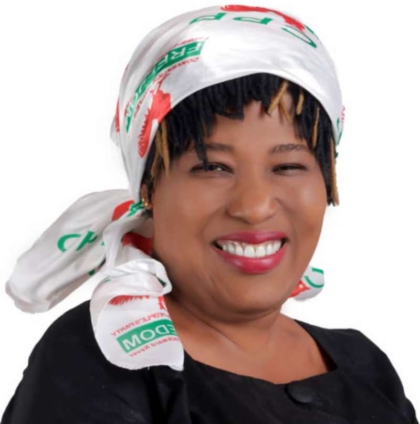 Ten regional chairmen of the Convention People’s Party (CPP), have stated that they are ‘shocked’ and ‘dismayed’ at the behaviour of the party’s Council of Elders.

According to the aggrieved regional chairmen, they do not understand why the party’s Council of Elders, would act in violation of the party’s Constitution and structures, given their individual levels of experience in the party’s operations and affairs.

To them, they are particularly saddened by the conduct of the party’s National Chairman, Felix Amoah.

In a statement signed by ten of the sixteen regional chairmen, they indicated that, “the Elders have exceeded their power, taken sides and shown bias. This behavior is unfortunate from Elders who are to solve problems not create them”.

In their view, after discussing the recent tensions in the party, they are of the belief that, the only way to resolve the current impasse is to trigger article 93 clause (f) of the party’s constitution.

“We want to state without fear or favor that the actions of the Council of Elders is an unwarranted interference of the duties of the Central Committee and leadership, especially the legitimately elected members.

Again, we want to state that the actions of the Council of Elders is in contradiction of the CPP constitution which is supreme. We are reiterating that the committee that has been tasked to constitute a team to plan a re-run of the chairmanship position between Nana Akosua Frimpomaa Sarpong Kumankuma and Hajia Hamdatu Haruna Ibrahim.

We further advise Nana Frimpoma to respectfully step aside till the said re-run is genuinely conducted. We hope the Council of Elders who are abreast with the CPP’s constitution and knows the powers allocated to the Central Committee will once and for all, respect the decisions of the Central Committee and urge and advise all parties to do same”, the statement concluded.

It will be recalled that, earlier in this month, the highest decision making body of the Convention People’s Party, the Central Committee (CC), interdicted Nana Yaa Akyempim Jantuah, the General Secretary of the CPP. This was to take effective from April 1st, 2022.

Speaking at a press briefing at the headquarters of CPP, the Communication Director of the party, Sylvester Sarpong Soprano, confirmed the interdiction of two other national leaders of the CPP, that is, the 1st Vice Chairman, Onzy Nkrumah and the National Youth Organizer, Osei Kofi Acquah.

According to the Committee, the actions and inactions of the trio contravenes the party’s Constitution and defeats the terms of reference as dictated by the Court.

The interdicted National Executives were therefore scheduled to appear before the Disciplinary Committee of the party.

Following this development, there has been simmering tension within the party’s hierarchy, leading to some disagreements among the party’s Council of Elders, the Central Committee, some regional chairmen and other members.

Meanwhile, despite the ongoing controversies, the CPP has alleged that Ghana’s first President, Dr. Kwame Nkrumah was not given a befitting burial by the state.

The party has therefore announced that it will organise a fresh burial ceremony for the late freedom fighter in November, 2022.

The CPP believes the “restless” soul of Dr. Kwame Nkrumah needs to rest.

General Secretary of the party, Nana Yaa Jantuah disclosed this to the media at the Kwame Nkrumah Mausoleum, on Wednesday, while commemorating 50 years of Nkrumah’s death.

“…perhaps, his wonder was am I going to get a befitting burial when the Lord calls me. A befitting burial he did not get, a restless soul which needs to rest is the bane of Osagyefo Dr. Kwame Nkrumah.

It is on this premise that the convention people’s party and like-minded people in the diaspora and African countries would organise a befitting funeral for Osagyefo Dr. Kwame Nkrumah, the first President of the Republic of Ghana and the doyen of Pan-Africanism movement in the world. This event would take place in November, 2022”, she announced.

The party also added that “in no time, the CPP will bring out the timetable of activities that will culminate in the actual funeral and will also inaugurate a funeral committee in due course”.

The CPP also reiterated its demand for the government to return assets seized from Dr. Kwame Nkrumah after he was overthrown in 1966.

“On this occasion, we want to reiterate our request for the return of assets of the CPP as the move to deepen comradeship and promote reparation. Your Excellency, it will be worthwhile to return to us the Information Ministry building and the Ghana National Fire Service headquarters among many others. Your Excellency, we hope you oblige us this request”, Nana Yaa Jantuah said.

DISCLAIMER: The Views, Comments, Opinions, Contributions and Statements made by Readers and Contributors on this platform do not necessarily represent the views or policy of Multimedia Group Limited.
Tags:
CPP
Felix Amoah
Kwame Nkrumah
Nana Yaa Akyempim Jantuah